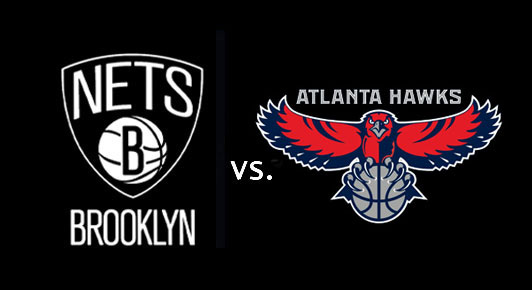 Atlanta enters the playoffs as the number one seed in the East for the time since the 1993-94 season. The Hawks have lost three-straight games heading into the postseason. The team is finally healthy, but the late season loss of Thabo Sefolosha (5.3 ppg 4.3 rpg) after suffering a broken tibia in a scuffle with the police hurts Atlanta’s experience on the wings. Forwards Mike Scott and Kent Bazemore will likely find some more minutes.

Jeff Teague, one of four Atlanta all-stars, will need to pick up his play. His production since the all-star break has tapered off dropping from 17 points and 7.5 assists per game to 13.5 and six. Leading scorer and rebounder Paul Millsap (16.7 & 7.8) has returned after missing five games with a shoulder strain. Seldom used big man Mike Muscala stepped up in Millsap’s five game absence and averaged 9.8 points and 4.2 rebounds while shooting 70% from the field.

Nearly six players averaged double figures on the season. Al Horford managed to stay healthy and anchored the paint averaging 15.2 points, 7.2 rebounds and a team-leading 1.3 blocks. Kyle Korver and DeMarre Carroll have both excelled in their roles. Korver led the league in three-point percentage (.492) among players with over 150 attempts. Carroll averaged a career-high 12.6 points and shot 48 percent.

Defense and ball-movement has been the key to Atlanta’s success. The Hawks allowed 97.1 points per game in the regular season, fifth best in the league. The offense ranked second in assists at 25.7 a night. The emergence of a deep bench has helped keep the team afloat during recent stretches of injuries. Second-year point guard Dennis Schroder has improved exponentially raising his play across the board. In 19.7 minutes per game, Schroder has averaged 10 points and 4.1 assists. His Per 36 numbers closely mimic those of starter Jeff Teague.

The Nets somehow find their way into the playoffs after a disappointing season. Brooklyn dropped four of their last six games before a season ending comeback win over the Magic and a Pacers loss to Memphis. The Hawks swept the season series by an average of 17 points per game. In an April 4th, 131-99 thrashing of Brooklyn, Paul Millsap injured his shoulder going after a loose ball. Millsap has since returned but said his shoulder still bothers him. Most recently, eight days ago, Atlanta defeated the Nets 114-111.

Atlanta will need to stop Brook Lopez inside. The oft-injured big man has put together one of his finest seasons after a second half surge. Lopez has averaged 19.7 points and 9.2 rebounds since the all-star break and has helped carry the Nets into the playoffs. In four games against Atlanta (three in which he started), the Stanford product averaged 18.8 points and 7.5 rebounds. Point guard Deron Williams has done the complete opposite, averaging 9.3 points and 6.7 assists.

Brooklyn has a lot of Georgia ties on its roster. Former Hawks Joe Johnson is the Nets’ second leading scorer at 14.4 points per game. Thaddeus Young, a former Georgia Tech Yellow Jacket, was acquired at the trade deadline for Kevin Garnett and has averaged 13.8 points and 5.9 rebounds in 28 games with Brooklyn. Another veteran Yellow Jacket has had a good year in Jarrett Jack. The 31-year-old picked up the slack for Deron Williams and averaged 12 points and 4.7 assists during the regular season.

The Hawks dodged a bullet with the Pacers getting iced out of the playoffs. A meeting with a bumbling Nets team should allow Atlanta a quick series. With 12/1 odds, the Hawks are given the fourth-best chance to win the NBA championship according to Bovada.