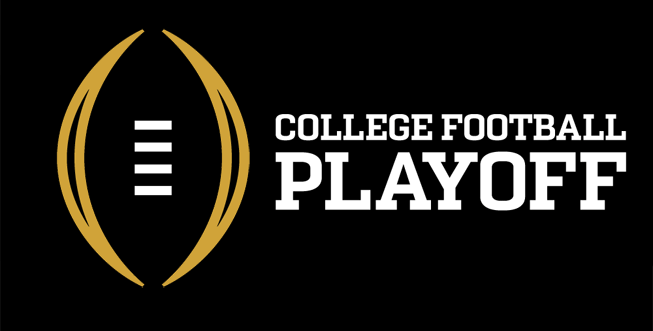 So who is the best conference? Do you pick a team from the SEC or do you take the field? Last season’s implementation of the College Football Playoff was a great success and left controversy on who should be the final team in. Ohio State stunned Alabama with its third-string quarterback and then thumped Oregon in the title game 42-20.

Late last season marked a shift of power from the once mighty SEC to the rest of the nation. The ‘Bucks stunned the Tide, but at least it was a close game, 42-35. Georgia Tech from the SEC’s “little brother” conference the ACC, stomped Mississippi State 49-34 in the Orange Bowl on New Years Eve. The Peach Bowl was even more embarrassing with TCU humiliating Ole Miss 42-3. Elsewhere, Florida squeeked past East Carolina 28-20, LSU fell to Notre Dame 31-28 and Wisconsin edged Auburn in overtime 34-31. The SEC did pick up wins in the lesser bowls, but the conference’s marquee programs struggling with teams from perceivably “weaker” conferences was eye opening.

So here we are, 2015, in a brave new world with an even playing field. Once again SEC teams load the polls, but who will be the top dog when it’s all said an done? Alabama is always a favorite and opens up at No. 3. Gone is Amari Cooper, gone is T.J. Yeldon, gone is Blake Sims, gone is Landon Collins, the list goes on and on. Last season Alabama had a one-dimensional passing game. Every single target was going to Cooper. Now that he is gone, will it open up more of the offense and also allow the Tide to run the ball more with Derrick Henry as the lead back? Time will tell. Alabama goes into the season with an inexperienced quarterback; a problem many SEC teams will have yet again this year.

Auburn enters at No. 7 in the polls but also has question marks under center. Jeremy Johnson threw just 37 passes last season but already is being compared to Cam Newton. Leading rusher Cameron Artis-Payne is gone after a 1,608 yard season and the top returning rusher is wide receiver Ricardo Louis who gained 226 yards on the ground. Jovon Robinson steps in as the lead back after being ruled ineligible coming out of Junior College last season. In 2013 at Georgia Military College, the current day junior ran for a NJCAA single-season record 2,387 yards. If Johnson can get a grip of the offense at quarterback and Robinson can stay on the field, Auburn has a chance to make a playoff push.

My first pretender out of the top five SEC schools is Georgia who ranks No. 9. Year-in and year-out the Bulldogs enter the season overrated and are nothing more than a second tier team in the SEC. No quarterback and a one-dimensional offense will sink the Dawgs again. Either Brice Ramsey or Greyson Lambert will start at quarterback. Ramsey threw 39 passes last season as coach Richt and staff refused to get the potential future of the team some much needed snaps in blow out games last year. Greyson Lambert joins the program after starting at Virginia in 2014. Picturing the former Wayne County star in the SEC is a scary thought. Lambert routinely made bad decisions with the Cavs and was a turnover machine. Multiple games he would split time with Matt Johns under center and failed to make a convincing statement that he was the true QB1. He threw 10 touchdowns and 11 interceptions and failed to make easy throws. If he starts for UGA, expect the Bulldogs’ running backs to have to carry the load 45-60 times a game. It doesn’t matter how good Nick Chubb is, if the quarterback can’t alleviate pressure on the run game and keep defenses honest, eight men in the box will be zoned in on No. 27 every play.

LSU at No. 13 is primed to emerge from the SEC if Brandon Harris or Anthony Jennings can put together a consistent season at quarterback. Nine offensive starters return including sophomore Leonard Fournette, who ran for 1,034 yards and 10 scores his freshman campaign. All of coach Les Miles’ top receivers return and enough is back on defense to be another Top-10 unit.

The mercurial play of Bo Wallace will not be an issue for No. 15 Ole Miss, but they still will be inserting an inexperienced SEC quarterback with whoever gets the job. JUCO-transfer Chad Kelly should have the inside track on the job after throwing for 3,906 yards and 47 touchdowns last season. The defense will carry the Rebels this year as they search for their first double-digit win season in 12 years.

So with all that said, the SEC should be a lock to have a team win the National Championship, right? Sadly, I have to go against the grain in the south and pick against the beloved conference yet again.

Defending champ Ohio State returns all three quarterbacks with Braxton Miller making the switch to wide receiver. Coach Urban Meyer has been drooling about Miller’s athleticism and will surely find a way for the two-time Big Ten Offensive Player of the Year to make a massive impact outside. J.T. Barrett and Cardale Jones both continue to battle for the starting job, giving Ohio State an embarrassment of riches and three guys (including Miller) that would instantly become the best quarterback in the SEC if they had transferred.  Ezekiel Elliot burst onto the scene after rushing for 1,878 yards and 18 touchdowns as a sophomore and will continue to terrorize defenses. If the Buckeyes can survive an early suspension of First-Team All-American defensive end Joey Bosa (13.5 sacks) and others during their rematch with Virginia Tech in the first game of the season, Ohio State could easily roll to another College Football Playoff.

My personal No. 1 ranked team, who slides in at No. 2 in the Coaches Poll is TCU. A whopping 10 offensive starters return to a Horned Frogs offense that averaged 46.5 points per game in 2014 — second-best in the entire nation only to Baylor who stunned the Frogs and kept them out of the Playoffs with a 61-58 victory. Trevone Boykin enters his senior season as a Heisman front-runner. He threw for 3,901 yards and 33 touchdowns while gaining 707 yards and eight scores on the ground. Josh Doctson is Boykin’s favorite target after snagging 1,018 yards worth of passes and 11 touchdowns. Senior back Aaron Green also returns to the backfield after gaining 922 yards and nine scores on a 7.1 yard per carry average. The defense takes a hit with the loss of Paul Dawson and Marcus Mallet but the Horned Frogs still have free safety Derrick Kindred (80 tkls, 4 ints) and defensive end James McFarland (7 sacks) and are reloaded for another run. Last year’s Playoff picture and results could have been very different if TCU has somehow snuck in.

Nov. 27 will decide the Big 12 and will determine who makes the College Playoff with No. 4 Baylor visiting TCU. Seth Russell is the favorite to replace Bryce Petty at quarterback. Petty is a massive blow, but nine starters return on both offense and defense. Shock Linwood ran for 1,252 yards and 16 scores as a sophomore and will be asked to carry the load again while Corey Coleman and K.D. Cannon seek back-to-back 1,000-plus yards receiving. The defense will be anchored by the massive Shawn Oakman, who stands 6-foot-9, 280 pounds. Oakman will continue his meteoric rise up draft boards after collecting 11 sacks last season.

Two teams I am high on come out of the Pac-12 and will likely knock one of themselves out of contention on Nov. 21. USC ranks No. 10 and Oregon slots in at No. 5, although I place USC at No. 3 and Oregon at No. 4. The sanctions have lifted off of USC and the program finally looks ready to not disappoint. Seven starters return on both offense and defense led by Cody Kessler. The senior threw for 3,826 yards, 39 touchdowns and just five picks as a junior. He will have new running back behind him in Justin Davis and plenty of new faces at receiver after the loss of Nelson Agholor, but Kessler is good enough to make inexperienced players around him better. The defense will need to hold up its end of the bargain after allowing 25.2 points per game last season. Leonard Williams is gone from the defensive line, but Rasheem Green is a highly touted prospect and Iman Marshall is one of the best defensive backs in this year’s class.

Both the Trojans and the Oregon Ducks will need to survive Stanford who is ready to compete for the Pac-12 Title again. Oregon loses 2014 Heisman Trophy winner Marcus Mariota but Vernon Adams has been a star for years with FCS Eastern Washington and has mind boggling totals of 8,477 yards passing and 90 touchdowns over his past two seasons. Head coach Mark Helfrich has refused to speak about the transfer recently though, as apparently he has yet to officially enroll. If that is the case, it will be a huge blow for the Ducks and Jeff Lockie will be pegged as the starter. Oregon’s top five receivers return as well as running back Royce Freeman, so weapons will be aplenty for whoever takes over.

With a rundown of all the top teams in the nation in my opinion, I feel like the balance of power and the playing field has become level and no longer shifts in the favor of the SEC. I like TCU going into the season and the quarterback concerns with every single SEC school will come back to haunt them once they play the best-of-the-best from other power conferences. It’s tough to accept in the south, but there has been a changing of the guard and the race for the National Championship is wide open with the roads most likely running through the Big 12 and the Big Ten, no longer the SEC.