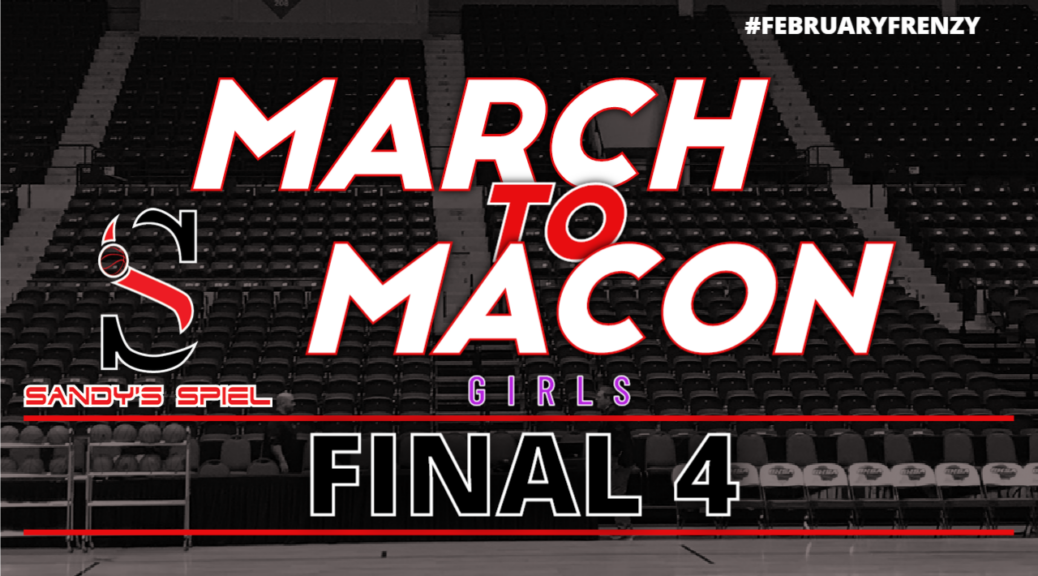 R1 #2 Americus-Sumter 56, R4 #1 Luella 51 OT: Trailing 26-16 at the half after a 20-5 second quarter put Americus-Sumter in front, the Lions stormed back to tie the game at 36 heading into the fourth quarter after Fresno State-signee Keely Brown scored 12 of her game-high 24 points in the third. In the fourth the Panthers held a 49-47 lead before Paris Miller hit a runner in the lane with 7 seconds left after sitting on the bench the vast majority of the second half, sending the Lions to overtime on her first points of the game. In overtime, the Panthers made it a point to keep the ball out of Brown’s hands as Troy-signee Jelissa Reese face guarded her and kept the star scoreless in the extra period. Reese finished with 18 points, 9 rebounds, 3 assists, 5 steals and 1 block. Trinity Jones had 15 points before fouling out in overtime. Tiffani Goodman added 12 points. In the loss, Tajinique Williams had 10 points and 11 rebounds.

R7 #2 GAC 52, R3 #1 Johnson-Savannah 50: GAC came back by down as many as nine points to dethrone the two-time defending state champs. Kaleigh Addie led GAC with 22 points and 3 steals, while Irvin had 14 points, 8 rebounds and 2 steals. Jaci Bolden added 13 points and Molly Pritchard gabbed 12 rebounds.

R3 #2 Southwest-Macon 54, R7 #1 Rockmart 52: Southwest-Macon pressed throughout the game and got burnt throughout by Keyarah Berry but somehow the Patriots closed on a 19-6 run to stun the Yellow Jackets as Stangious Alford hit a runner at the buzzer to advance Southwest to the state championship. The Patriots led 12-11 after one but trailed 24-18 at the half and 43-35 after three before falling behind 46-35 with 6:58 remaining. Before fouling out, Ja’Khyla Johnson hit Shygeria Williams on a behind the back pass to ignite the unforeseen comeback. With :26 seconds left, Alford, who mauled the Yellow Jackets on the glass with 23 points, 19 rebounds, 2 assists, 5 steals and 2 blocks, scored to give the Patriots their first lead of the second half at 52-51. Berry, who finished with 27 points, 19 rebounds, 3 assists, 2 steals and 1 block, was fouled and split a pair of free throws to tie the game. The Yellow Jackets failed to keep the ball in her hands throughout the fourth quarter as they became careless slinging the ball against the press. On the other side, Avrie Grayer pounded the boards alongside Alford finishing with 15 points, 19 rebounds, 2 assists, 2 steals and 6 blocks.  In the win, Shygeria Williams had 10 points, 3 rebounds, 2 assists and 4 steals.  In the loss, Megan Little tallied 14 points, 6 rebounds, 2 assists and 6 steals.

Stangious Alford wins it! A 19-6 run to comeback. Crazy.

#2 Holy Innocents’ 52, #3 Hebron Christian 48: Jillian Hollingshead had 20 points in the win while Jessie Parish scored 13 in the loss. A controversial travel was called on Carly Fahey right before she hit a late game-tying three.

#1 Central-Talbotton 63, #4 Calhoun County 44: Central-Talbotton trailed 18-9 after the first quarter but stepped on the accelerator in the second half and closed out the game with a 27-9 fourth quarter to capture a 63-44 win. Sparks went for 28 points, 13 rebounds, 4 assists, 3 steals and 2 blocks. Shakemia Marshall had 4 points, 20 rebounds and 8 assists while Renijua Johnson (14) and Ty’Shemia Bunkley (12) lifted the offense. 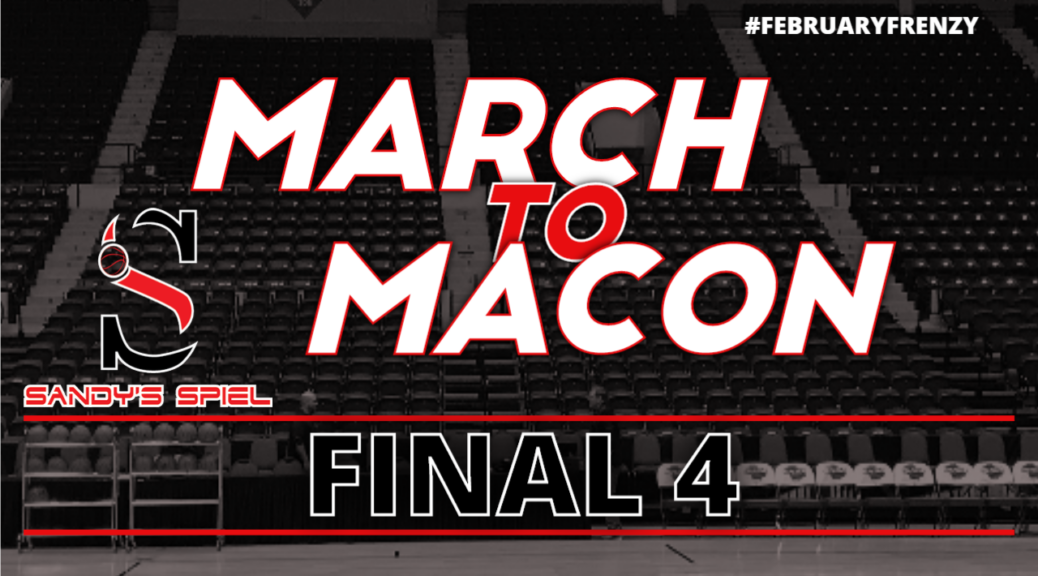 R8 #1 Grayson 82, R3 #1 McEachern 76: McEachern led 29-27 at the half, but USF-signee Caleb Murphy came to life in the second half, finishing with 17 points. Mississippi State-signee Deivon Smith had 21 points and Winthrop-signee Toneari Lane netted 15. McEachern was led by Auburn-signee Sharife Cooper’s 21 points. Israel Palmer netted 20 and Cam McDowell had 15.

R4 #2 Dutchtown 62, R7 #2 Kell 56 OT: Gardner-Webb-signee Jamaine Mann scored 16 points before fouling out and Cam Bryant posted 15 as the Bulldogs came back to force overtime and win in the extra period. Xavier Presley (12) and Najhae Colon (11) paced the Longhorns.

R3 #1 Cross Creek 51, R8 #1 St. Pius X 36: Cross Creek’s momentum from the second half of their Elite Eight victory over LaFayette carried over into the Final Four as the Razorbacks led nearly wire-to-wire over St. Pius. Presbyterian-signee Kobe Stewart posted 20 points, 13 rebounds, 4 assists, 2 steals and 1 block while Corey Trotter had 11 points, 10 rebounds, 2 assists, 2 steals and 5 blocks as the Razorbacks were too big inside and limited any opportunities for the Golden Lions to get to the rim. Makhi Climons added 8 points, 9 rebounds, 2 assists, 1 steal and 1 block. Dayvion Simms scored 4 points to go with his 2 assists and 2 steals but his presence was felt predominately on defense as he chased Brookes Kahlert the entire game and held the point guard to 5 points. Devin Portee led the Golden Lions with 11 points.

R2 #1 Swainsboro 79, R4 #1 Glenn Hills 62: In a chippy game, Swainsboro pulled away late to earn their 30th win of the season. The Tigers led 29-27 at the half and 44-35 after three before tempers got the best of Glenn Hills. The quarter began with a long delay which resulted in a bookkeeping technical on the Spartans which would be a sign for things to come. Coach William Cunningham lost his cool at the 4:45 mark with the score 53-40 and it would only get uglier as two Spartans would get ejected later on. Swainsboro was powered by Fred Seabrough’s 21 points, 13 rebounds, 1 assist, 1 steal and 4 blocks. AJ Kingsbury scored 14 of his 21 in the fourth quarter including hitting 7-8 free throws. Immanuel Hackett had 12 points, 3 rebounds, 3 assists and 2 steals while Derrick Jones set the tone early with his defense, blocking five shots to go with his 11 points, 7 rebounds, 2 assists and 1 steal. Emmanuel Jones scored 10 points in the second quarter for Glenn Hills but was quiet until the score got out of reach in the fourth. He poured in 28 points, 15 rebounds, 1 steal and 3 blocks. Tre Whitehead had 10 points, 12 rebounds, 3 steals and 2 blocks. Octavious Walton had 9 points and 4 rebounds and was the first casualty of ejection.

#1 St. Francis 63, #5 Mt. Pisgah 58: Xavier-signee Dwon Odom had 23 points and 7 rebounds as the Knights held off a late rally from the Patriots. Seth Hubbard scored 14 points and Jusuan Holt had 13 points and 6 rebounds. The Knights went 11-14 from the line in the fourth. Mt. Pisgah got 17 points off 4 threes from Chase Tucker. 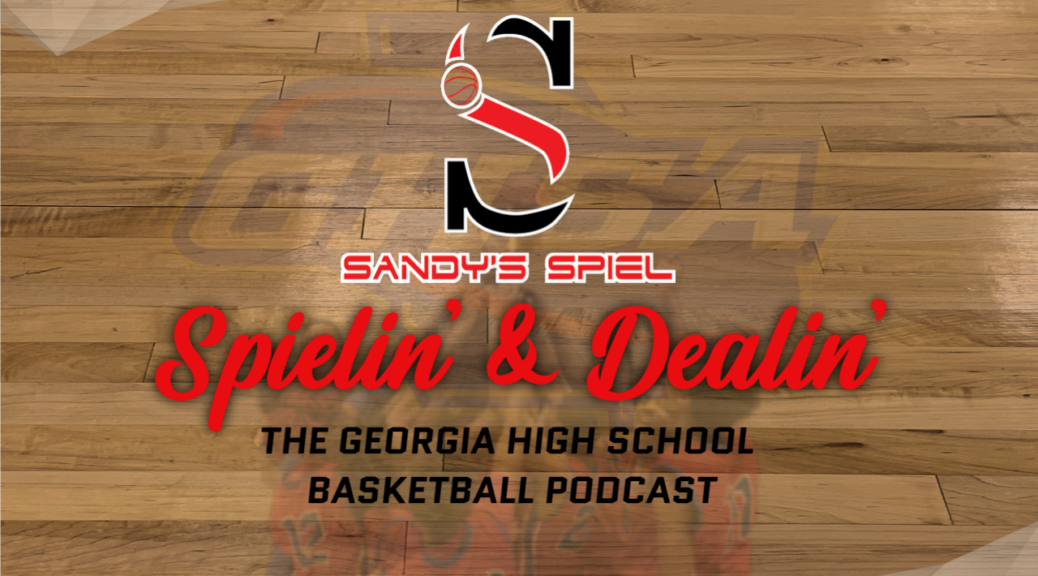