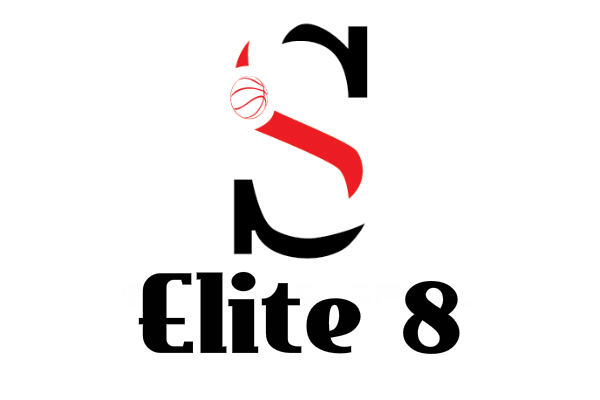 There are eight teams left in each GHSA basketball state tournament bracket. Here we preview the Elite Eight matchups in every classification. Will a few Cinderellas keep dancing? I give my predictions. 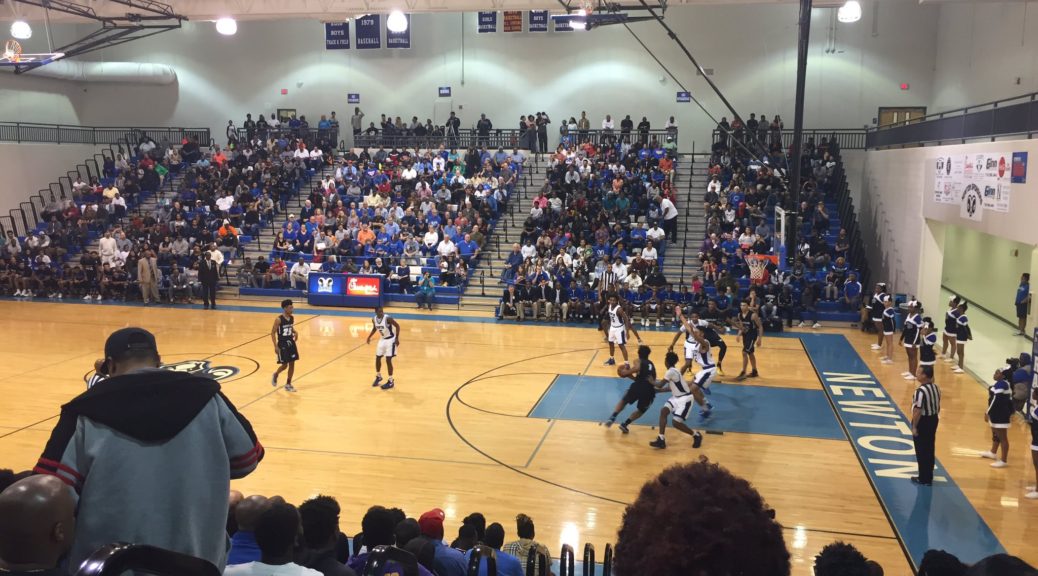 The moment that the GHSA released the Class AAAAAAA playoff bracket, all eyes fixated on the top right region in hopes of a rematch of last year’s Final Four thriller between Westlake and Newton (Westlake won 64-59). After Newton demolished Peachtree Ridge 100-72 and Westlake topped Roswell 50-37, the dream matchup was set. No. 2 Newton, viewed by many as the best team in the state, against No. 5 Westlake, the defending state champions.

Rarely do games of this magnitude and anticipation live up to the hype. But wow, this may have been the best high school game in the state of Georgia this year regardless of class.

After making the 2-hour trip from Clemson, South Carolina to Covington, Georgia to watch this highly anticipated matchup, I showed up at Newton High School over an hour before tipoff and the gym was already filling up. I knew that this was going to be an incredible matchup when Isaiah Miller threw a self-lob and went between the legs to throw it down in warm-ups. These guys were ready.

It’s hard enough to face the three-guard attack of J.D. Notae, Isaiah Miller, and Ashton Hagans as it is. But with Jamie Lewis out with an undisclosed injury, Westlake needed to play it’s best on the road to come out with a win. Newton struck first and jumped out to a quick 11-4 lead 3 minutes into the first quarter behind a pair of 3’s from senior guard, Darvin Jones, and a 3 and a thunderous poster dunk from Isaiah Miller. The remainder of the first quarter resulted in teams trading buckets and at the end of 1, Newton led 24-16.

In the second quarter, the referees made their presence be felt as they started calling foul after foul, frustrating the capacity crowd. With 4:43 remaining in the first half, and Newton up 30-23, the Rams quickly ran off an 11-0 run behind a trio of 3’s and a big time dunk by super-sophomore, Ashton Hagans. Westlake picked up a couple of buckets late in the first half to make the halftime margin slightly more manageable.

As the 3rd quarter got underway, Auburn signee and top-100 recruit, Chuma Okeke, began to assert his dominance as he quickly rattled off 7 of his team’s first 9 points in the half to cut the deficit to 6 with 3:14 to go in the quarter.

Chuma Okeke trying to carry Westlake on his back right now. 7 of his team's 9 points this quarter. Down 45-37 with 3:14 remaining.

With 5 minutes left in the 4th quarter, Westlake pulled within 5. Then, after some Newton misses and turnovers coupled with huge buckets from seniors Okeke and Daniel Lewis, Westlake found themselves up for the first time all night 67-66 with 1:11 left in the quarter.

Senior, Darvin Jones, got fouled with about 22 seconds left and after making the first free throw to tie the game, he missed the second off of the right side of the rim. Coming out of the Westlake timeout, Okeke missed a shot. The ball then landed in J.D. Notae’s arms but he then threw it out of bounds as he tried to make a cross-court pass with about 6 seconds remaining. Okeke then found the ball in his hands again but missed a floater and the game went into overtime.

Floater by @chuma_okeke hits iron and we're heading to overtime all tied at 67. pic.twitter.com/LKlk4xKtZJ

After going back and forth for the first 3 minutes of the first overtime period, Newton found themselves up 3 with just over a minute left to play. Following a couple of missed layups from Westlake and a Newton free throw, the Rams led 78-74 with 40 seconds left. A Newton turnover led to a miraculous banked 3 by Daniel Lewis to cut the lead to 1 with 25 seconds remaining. Isaiah Miller then hit 1 of 2 from the line and sophomore, Caleb Wallace, hit a floater to tie the game at 79 with 12 seconds left. Ashton Hagans then missed a game-winning 3 attempt and the game went into 2OT.

Ashton Hagans can't get the 3 to fall and we're headed to 2OT tied at 79 pic.twitter.com/mFbx95gVdP

The second overtime was very low scoring as neither team could buy a basket. Newton had the ball up 83-81 with 51 seconds left coming out of a timeout. After some stalling, Westlake eventually got the steal and senior, Kelvin Simeon, hit a layup off of the assist from Okeke to tie the game at 83. Once again, Newton had the last shot in the 2nd overtime session but Isaiah Miller could not get a floater to fall and then Okeke blocked the Josh Tukes follow attempt and the game went into 3OT.

At this point, the crowd was in disbelief as to what they were witnessing. I knew that this matchup would not disappoint but I never thought that it would end up in a triple-overtime outing. Darvin Jones started the 3rd overtime period with a pull-up jumper. After missed buckets by both teams, Westlake had the ball down 85-83 with 1:39 remaining. A missed layup and a turnover coupled with 4 made free throws from Newton spelled the end for the Lions comeback attempt. Westlake did not score in the final overtime session and Newton came out on top, 89-83.

One of the best high school basketball games I've been to pic.twitter.com/aDUDSVLtCz

Despite the loss, Chuma Okeke put on one of the best performances that I have ever seen. The Auburn signee finished with 35 points and 20 rebounds and constantly willed his Westlake squad forward. He finished shooting 12-24 and went to the line 16 times, hitting 11 of them. In the end, Newton was just too much for Westlake to handle, but Okeke did everything in his power to carry his Westlake team. Following Okeke, senior UCF commit, Daniel Lewis, poured in 18 points.

Leading the way for the Rams in scoring was senior Jacksonville-signee, J.D. Notae. Notae found his groove early and finished with 24 points that featured 6 3-pointers. Following Notae was unsigned senior, and one of Sandy’s Spiel’s Under the Radar Seniors, Isaiah Miller, as he poured in 21 points and 10 rebounds. The 6’1 high-flying combo guard did what he does best as he threw down a handful of powerful dunks. He also stepped out and knocked down a 3 while also hitting some midrange jumpers throughout the day. Ashton Hagans is special. He just knows how to run an offense and is so mature for a sophomore point guard. He finished the night with 11 points and a career high 17 assists. He also added 5 steals and 5 rebounds in the win. The pass-first point guard led his team all night and was such a calming presence for the Rams.

The X-factor of this game however, was senior guard Darvin Jones. Jones finished the night with 20 points on 7-11 shooting (3-3 3pt) and 3-4 from the line. He started the game by knocking down a pair of 3 pointers and during the overtime periods, he was not afraid to attack the rim or knock down a pull-up jumper following a Westlake basket. He put on a huge performance for the Rams when they needed it most.

This was hands down one of the top-3 high school basketball games that I have ever watched. Not only were these two teams arguably both top-5 teams in the state, but also the game went into triple-overtime. Newton now moves ahead to face a highly talented Tift County (26-2) squad in the Elite 8. As for Westlake, they take an early exit home following their state championship run last year.

Covington, Georgia was the center of the high school basketball world for the state of Georgia tonight, and it certainly did not disappoint. Here’s to hoping that the Elite 8 games will produce the same excitement as this game did tonight. 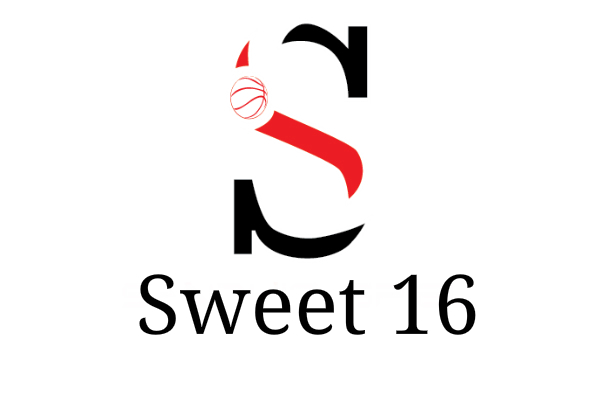