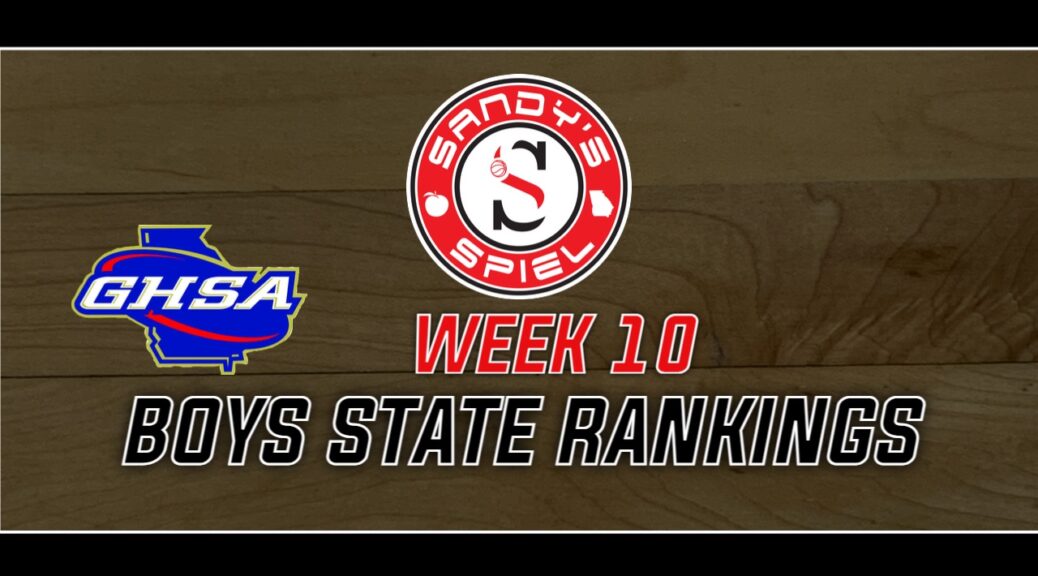 A snow storm has hit the state of Georgia, so today’s analysis will be short, but there were some big results across the GHSA this past week. END_OF_DOCUMENT_TOKEN_TO_BE_REPLACED 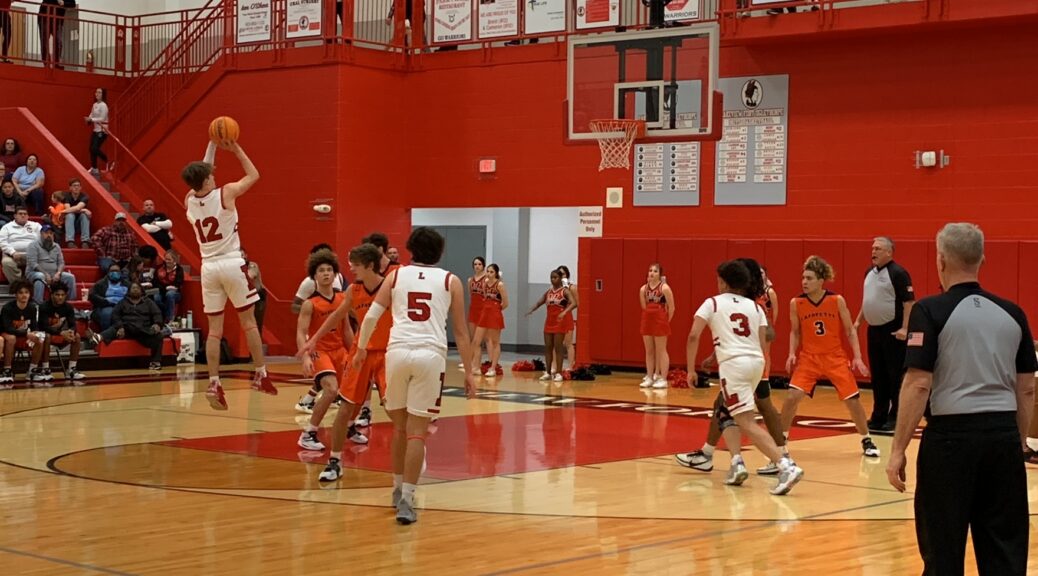 The best competition either team will see all regular season. pic.twitter.com/xGHGeFFmUZ

The Elite Eight has been the ceiling for LaFayette the past two years losing at home to Cross Creek twice, the eventual state champion a season ago. The gap has been closing in Region 6-3A with Lakeview-Fort Oglethorpe hard charging to challenge the Ramblers. On Tuesday, the Warriors hosted the two-time defending region champs with a chance to make a statement and seize early control of the region as both teams put Top 10 rankings and undefeated records on the line. In a game that saw explosive performances from star players, in the end it was the role players of the Ramblers that hit shots late to keep LaFayette atop the region as the team to beat.

In front of a packed house, No. 6 LaFayette (14-0) jumped out to an 11-3 lead as 6-foot-8 Ohio-signee Aidan Hadaway set the tone early with seven quick points. His dominance continued throughout the night, helping the Ramblers build a 20-10 lead after one quarter.

Struggling to defend Hadaway inside, No. 10 Lakeview-Fort Oglethorpe (14-1) had to find mismatches of their own. The talented junior backcourt of Jamichael Davis and Brent Bowman got into a groove in the second quarter, Davis spurred by transition opportunities and Bowman by creative isolation takes from the perimeter.

Davis trimmed into the lead at the 6:42 mark with a coast-to-coast take after an errant fastbreak lob to Hadaway making it 20-14.

2023 6-2 PG @jmike2023 floats in transition. Electric when he’s out and running. pic.twitter.com/xIrkg4JiDD

But as Lakeview-Fort Oglethorpe began to climb back into the game, LaFayette still had a trump card with Hadaway. He scored on an isolation from the wing, spinning his way into the lane for a lefty floater before attacking again from the perimeter, getting to the paint and scoring on a patient step-through to hold a 28-22 lead with 2:52 to play in the second quarter.

Behind 11 points apiece from Davis and Bowman in the period, the Warriors won the quarter 24-14 to head into the half tied at 34. Davis and Bowman with 16 each while Hadaway had piled in 28 points, unstoppable around the rim.

The second half opened with a bang for the Warriors, Bowman catching fire hitting his first five shots, three pull-up jumpers and two three-pointers to push LFO ahead 46-40 at the 4:39 mark of the third. With the gym rocking, Junior Barber helped stem momentum with a drive to knot the game at 46.

The Warriors would carry a 56-51 lead into the fourth quarter after a 16-point explosion from Bowman and a manageable seven points from Hadaway, but as the third quarter winded down so did the life left in Lakeview-Fort Oglethorpe’s legs.

Nursing a 59-54 lead early in the fourth quarter, the heavy lifting from the previous three quarters started to take a toll on each team’s star player especially Bowman, who couldn’t get the same lift on his jump shot as he did earlier. Bowman finished with a team-high 34 points and 5 rebounds but went cold with two points in the fourth quarter.

On the other end, Barber came to life for the Ramblers. The senior hit a pair of threes to trim the LFO lead to 61-57 at the 6:18 mark. Less than a minute later, Zach Barrett scored his only points of the game on a three and Barber scored on a put-back to edge LaFayette ahead 62-61. The Ramblers would close a 12-4 run with consecutive buckets from Hadaway to maintain a 66-63 advantage with 4:21 to play, the lefty’s first two buckets of the fourth quarter.

A Barber drive signified the beginning of the end for Lakeview-Fort Oglethorpe, giving the Ramblers the lead for good at the 3:16 mark, igniting a 16-2 run to close the game. Barber, who had six points over the first three quarters, poured in 19 in the fourth keyed by three three-pointers to finish with 25 points, 10 rebounds and 3 steals. Barber and Hadaway connected on back-to-back threes to stretch the lead to 74-69 with 2:15 remaining. Another Barber drive pushed the lead to eight points with 89 seconds left, all but putting the game out of reach.

Hadaway put the finishing touches on a monster night with a late free throw, capping his performance with 43 points, 18 rebounds, 2 assists and 5 blocks. Lakeview-Fort Oglethorpe received 27 points and 12 rebounds from Davis who scored seven of the Warriors’ 13 fourth quarter points.

Basketball in Northwest Georgia in Class 3A traditionally isn’t very strong compared to the rest of the state, so it was nice to see two legitimate powers finally test each other. LaFayette has big game experience. They are only challenged come February and haven’t played a road playoff game in over two years so Tuesday’s atmosphere was the toughest they’ve played in in years. Ohio-signee Aidan Hadaway is everything for the Ramblers. He’s the best forward in Georgia and is truly unstoppable in Region 6. The lefty went 18-30 from the field with seven misses coming from the three-point line. His motor and athleticism have long made him the best rebounder in the state but the way he has refined his offensive game has made him special. Hadaway is a mismatch with how he can attack off the dribble and get into the lane with ease. He has such a soft touch in the paint, scoring on step throughs, floaters and 10-foot jumpers. Hadaway has elevated his game even more from last season and likely is the best player Class 3A has to offer. For the Ramblers to get over the hump and make a Final Four or potentially a state title game, it comes down to their supporting cast. Hadaway can’t score 28 out of his team’s first 34 points every night. Someone needs to step up and take some sort of scoring burden off his shoulders. Junior Barber was that guy on Tuesday. In the fourth quarter, Barber looked like the freshest player on the floor. A strong athlete, Barber was aggressive and confident down the stretch. His contested pull-up three early in the frame was the beginning of a 19-point fourth quarter avalanche. If Barber is the consistent second option, a third is still needed. Jaylon Ramsey added 7 points while Jordan Kennerly collected 4 points and 8 rebounds. Maybe the biggest shot of the night came from junior guard Zach Barrett who was not a scoring threat the entire game. His three midway through the quarter brought the Ramblers to within one, right before Barber gave them the lead for good. It’s a shame the rest of the state doesn’t get to watch LaFayette play. Their only chance will be during the state tournament if the Ramblers lose a coin flip in the Elite Eight or make it to the Final Four or beyond, which is possible with Hadaway leading the charge.

Lakeview-Fort Oglethorpe is on the verge of something special with their junior class. The Warriors should run the table next year in their region. As far as this year goes, they will be a threat come state tournament time. If they are unable to clip LaFayette, they will be a formidable two-seed if they don’t stumble. Their lack of size hurt them when trying to slow down Aidan Hadaway. While they had no answers for the All-State forward, LFO managed to present problems of their own with their dynamic backcourt. It was two vs. one the vast majority of the game with Jamichael Davis and Brent Bowman tag-teaming the scoring duties. With a combined 61 points between them, Davis and Bowman form the best backcourt in Northwest Georgia by far and one of the best 2023 guard tandems in the entire state. Davis, who has an Auburn offer, is an elite athlete that thrives in transition. He’s a habitual stat sheet stuffer that has added a reliable three-point shot to his game. Bowman is a special shooter. The show he put on in the third quarter was remarkable. His footwork in isolation settings, able to get to his spots consistently was out of this world. He hit contested jumper after contested jumper. Of his team-high 34 points, Bowman sank four threes and hit seven mid-range jumpers. Last year when I watched him vs. Sonoraville, he was off his game with four points. Tuesday, he looked like a future no-brainer at the D-I level making it clear why UMKC has already offered. Much like LaFayette, supporting cast production will be important come playoff time. Already an undersized lineup, finding points and rebounds will be imperative. Outside of Davis and Bowman, the rest of the roster managed just 8 points and 6 rebounds combined. It will be hard to sustain success against high level opponents with such limited help, but even if a third scorer or a helpful rebounder doesn’t emerge, it will be difficult for teams to slow down both Davis and Bowman for the full 32 minutes. 6-foot-3 junior Amari Burnett could play a big factor down the stretch after tearing his ACL when I saw him play last season. He’s a big body with some skill, able to rebound, score inside and stretch the floor with his jumper. 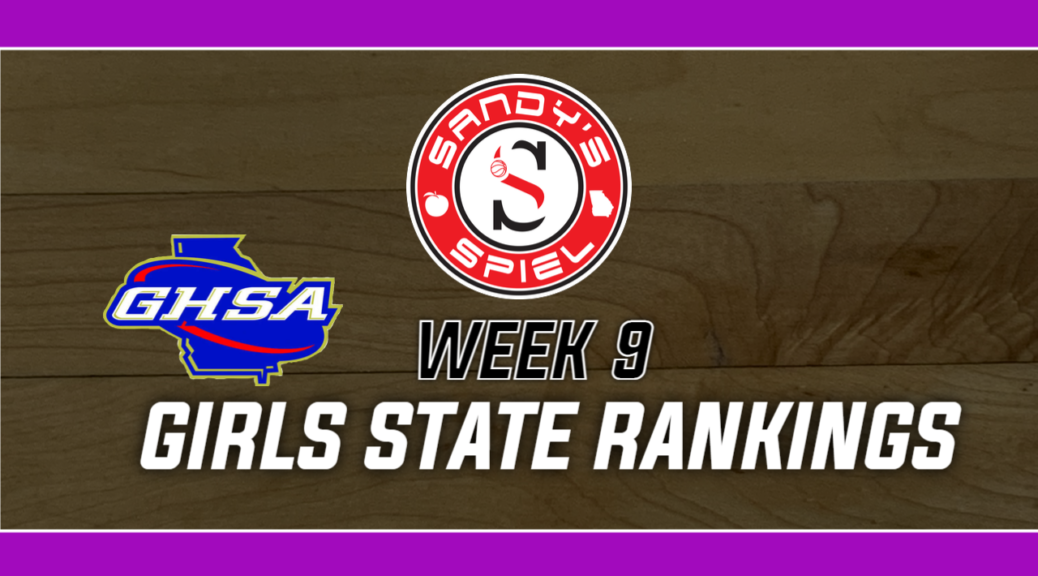 Four of last week’s number one ranked teams lost, prompting two new number ones to ascend to the top of their respective polls. END_OF_DOCUMENT_TOKEN_TO_BE_REPLACED 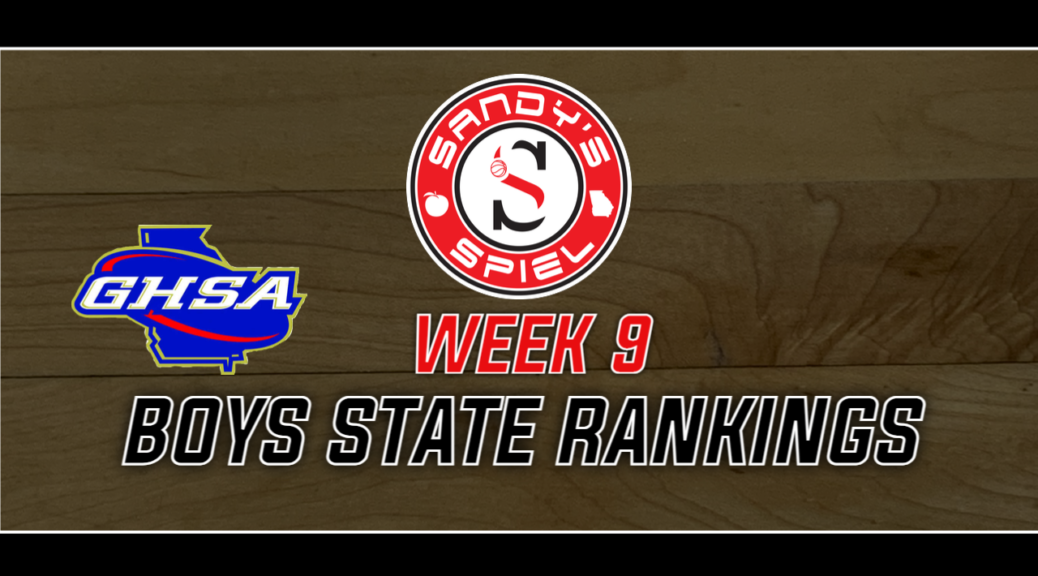 Region play is starting to weed out the pretenders from the contenders while midseason transfers are shifting the balance of power. END_OF_DOCUMENT_TOKEN_TO_BE_REPLACED 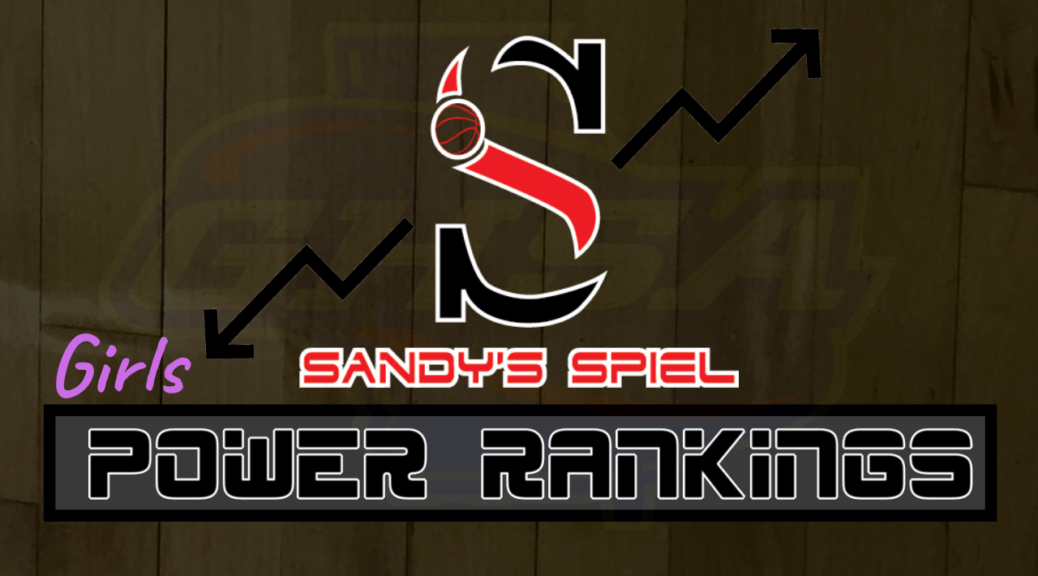