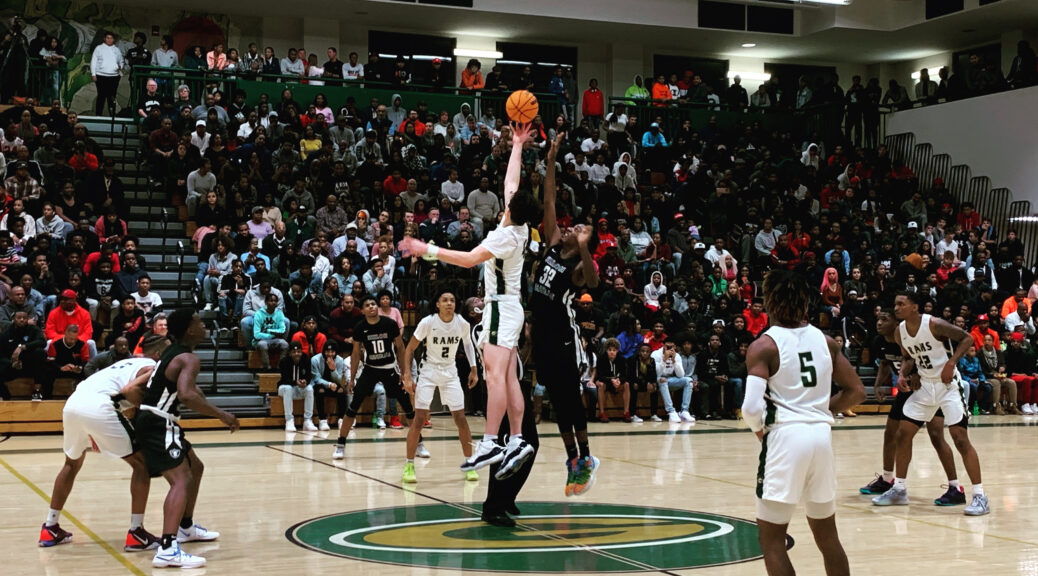 We are SOLD OUT. pic.twitter.com/ZszcJXOkCZ

Region 8-AAAAAAA has quickly become the mecca of high school basketball in Class 7A, with No. 1 Grayson (14-1), No. 2 Shiloh (15-1), No. 6 Newton (13-3) and No. 10 Archer (12-5) all ready to take on all challengers. While all four teams have realistic visions of being the last group standing in Macon come March, the march to Macon begins within their region as seeding for the Region 8 tournament is imperative. Ranked 10th in the nation by MaxPreps, Grayson entered Friday’s game already with no room for error after losing 84-80 in overtime to first-place Newton last month while Shiloh came in red-hot and undefeated, clawing their way to the No. 2 spot after opening the season unranked.

In front of a sold-out crowd in Loganville, Grayson withstood a handful of first half runs to finally put away the Generals 72-60, leading throughout.

Grayson got off to a quick start and led 7-3 following an Ian Schieffelin three.

Shiloh however answered back as Caleb Golden scored seven of his 11 points in the opening frame and brought the Generals to within 13-12 at the 3:18 mark after Shiloh’s full court pressure resulted in some easy looks.

Coach Geoffrey Pierce dipped into his bench and brought on shooter Quinones Corpman who immediately cashed in a corner three off a skip pass from Mississippi State-signee Deivon Smith to give Grayson some cushion at 18-14 with 2:35 left to play in the first quarter.

The Rams carried a 23-16 lead into the second quarter as Schieffelin scored nine points and hurt the Generals on the glass.

Grayson extended their lead to 31-20 at the 4:34 mark and had the building ready to erupt, but once again Shiloh got up off the mat and answered back with a 10-0 run to tie the game at 34 as James Little hit two threes during the stretch.

Looking for their first lead of the game, Shiloh was denied as Schieffelin closed out the half with an And-1 putback to give the Rams a 36-34 advantage at the midway point.

Grayson landed two sharp jabs and had Shiloh woozy in the first half, but the Generals counter punched. In the second half however, the third quarter specifically, it was when the juggernaut Rams landed their haymaker, outscoring Shiloh 22-8 to bust open the game.

Trying to once again dust themselves off, Shiloh used physical defense to lead to a Little layup.

Shiloh could not however slow down their former All-State star Winthrop-signee Toneari Lane, who broke out in the third quarter to score eight of his 12 points – 10 coming in the second half to help Grayson gain a 58-42 lead after three quarters.

Shiloh outscored Grayson 18-14 in the fourth, but the damage had already been done. Schieffelin amassed 20 points, 8 rebounds, 2 assists and 3 blocks while Caleb Murphy was consistent throughout with 17 points. Josh Smith scored 8 points and Deivon Smith tallied 8 points, 10 rebounds, 7 assists and 1 steal.

The Generals were led by Jordan Mitchell’s team-high 12 points, six coming in the fourth quarter.