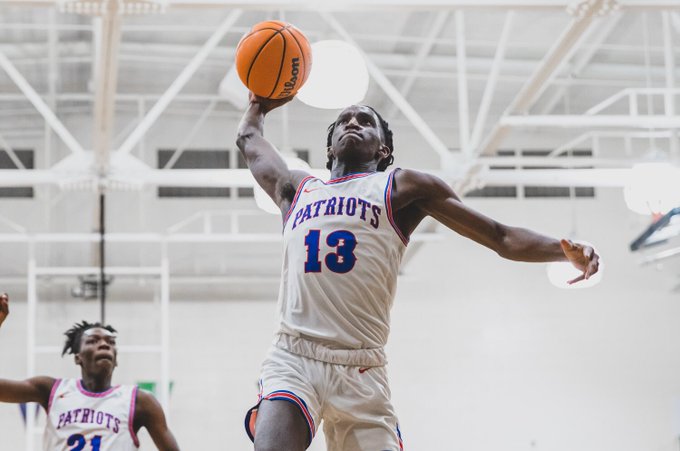 Robert “R.J.” Noord is a special player with a shining future ahead of him. The 6’3 almost 6’4 guard out of Decatur, Georgia balled out in his junior year at Heritage -Conyers High School. His stat line was stacked in several categories. He put up just over 20 points, 6 rebounds and 4 assists per game. Defensively, he added 2.5 steals a night, solidifying the fact that Noord is a two-way player.

He currently holds offers from Elon, Xavier and Winthrop. He received his first offer from Elon, on August 2nd of 2019. Later on, he grabbed offers from the other two programs. Several more programs are getting in the mix for him, calling and face-timing him regularly — his phone is busy to say the least.

Noord was on the phone with me recently, to chat about his recruiting experience thus far.

Q: How are you staying sharp and focused during the coronavirus ordeal?

A: “I’m really staying focused on being ready mentally. Staying true to the same routines: breakfast first, then straight to home workouts. It’s really not the physical part, it’s the mental part.”

Staying mentally sharp and focused during this time is especially difficult. It’s so easy to get discouraged because everything has stopped and start to slack off, but Noord is not falling under that category. When play resumes, he is going to be as focused as anyone on and off the court.

Q: What are you looking for in a college and in a program in general?

A: “Just someplace that feels like home. I’ve been speaking with guys who have already done the recruiting process and they said, go somewhere you feel wanted. You will be spending a couple of years there, so you should feel comfortable there, on and off the court.”

Q: Coming out of Georgia, would you prefer to stay home or go elsewhere?

A: “That’s a really good question because I have been recruited by schools out west, in the California area. For me personally, I really don’t even know because I’ve really only traveled for AAU tournaments. But at the end of the day, it’s just best fit and I don’t think it really matters.”

Q: You still have lots of time, but as of right now are there any schools that stand out?

A: “Well out of the schools that have shown interest, people in my bubble — Cincinnati, VCU, Dayton and Murray State — they fit my play style. Where I would come in and be an immediate impact.”

He is still weighing all options and his recruitment is wide open. But these four schools, stand out as of right now. They are already going after him, so expect these to be in the running when he narrows down his list and committees.

Q: Is there any rapper/singer that hypes you up before any big games?

Coaches, if you want to get Noord in his mood, blast some Lil Baby. I expect big things to come once that happens!

A: “I’d say, Lou Williams, because he is from this area. Where his mind is, he is putting up superstar numbers, while being a sixth-man. How he adjusts to the NBA, how he was teammates with Allen Iverson, I want to be like him.”

Q: Do you model your game after anyone?

A: “I think a lot of people that watch me play [would say] and I watch a lot of film on is Jrue Holiday. He is one of the best guards that people aren’t talking about in the NBA. His work ethic is crazy, like four times a day workout. I play both sides of the ball just like him. He is explosive, can shoot it, stuff like that.”

Well R.J., certainly does play both sides of the ball, looking at his stats. Noord also gets Immanuel Quickly upside, so the potential for him is certainly there.

That wrapped it up with R.J. Noord, who doesn’t have a set idea for committing due to the virus. This kid is an extremely hard worker and always open to feedback, a coach’s dreams. Throw in his athleticism and he is going to be special. Be on the lookout, for sure.