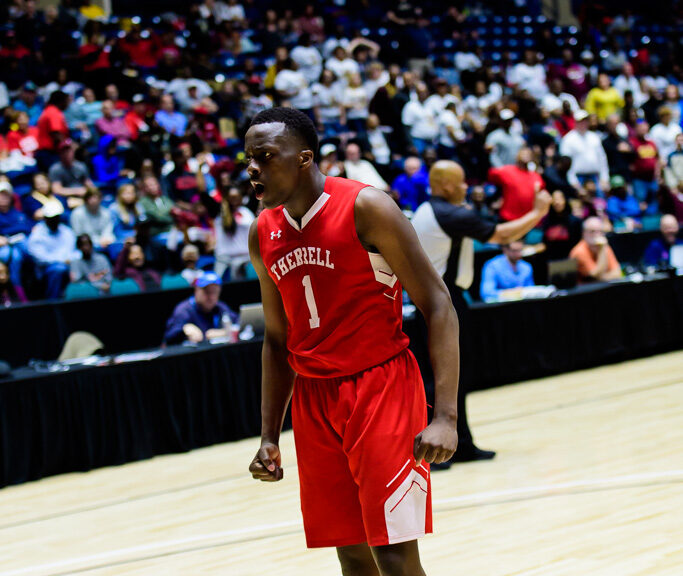 2021 Robbie Armbrester out of Atlanta Georgia, is an underrated player nationally who should become well-known and breakout in college. The 6’5 SF is a three-level scorer, strong on defense, and is among one of the most athletic kids you will see. Just to name a few, but he has landed offers from Xavier, Texas A&M, Houston, and several other programs. More to follow down the road for him.

Recently, I was lucky enough to talk to him about his recruiting experience thus far, and see where things line up for him.

Q: How are you staying sharp and focused during the whole coronavirus ordeal?

A: “I’m keeping  myself conditioned and studying the game and watching film.”

He had more to say, but these are the main points that he touched on. Both of these aspects by Armbrester are considerably important. Once the quarantining situation is done, most guys are going to hit the court out of shape and winded once practice and games are done. But not Robbie Armbrester.

Secondly, watching film is essential as well. During this time, most physical activities are shut down, so being able to do something virtually is very beneficial. Robbie is taking time out of his day, to break down how to improve in parts of his game, which could be stronger.

Q: What are you looking for in a college and in a program in general?’

A: “I want to go to a college that isn’t the Blue-Bloods, schools like Kentucky and stuff like that. I want to go to a school that wants me so badly that they can build around me. I want to be the main priority. I also want a coach that pushes me to my full potential every day, a coach that is going to believe in me, and go out and let me play my game. “

Well, the bottom line is that you won’t be seeing Robbie Armbrester in a Blue-Blood school, even though he has the potential to wear rep those schools. It goes to show that even though Kentucky, Duke, Kansas, are the most successful programs, not everyone wants to wind up there.

Q:  Coming out of Georgia, would you prefer to stay near home or go elsewhere?

A: “It really doesn’t matter, I’m just trying to find a program that wants me and gives me playing time.”

So, now it is safe to say that Armbrester, could be headed to the west coast, east coast, or even stay put in Georgia.

Q: Obviously, you are still only a junior, but out of the schools that have either shown interest or have offered are there any that stand out in particular?

A: “I like Georgia Tech, Xavier, and Texas A&M, no order. They all keep in contact a lot with me.”

His recruitment is 100 percent still open, but these are the schools that are already making a big push for him. All of these schools, however, are the right size and high majors, so keep an eye out for these three down the road.

Q: Do you model your game after anyone in particular?

A: “Kawahi Leonard is a really good player all-around and I try to use his game and put it into mine.”

That summed it up with three-star Robbie Armbrester. He has a bright future ahead of him and is sure to make a substantial impact at his future landing spot. The question looms: What colors are we going to see him in?