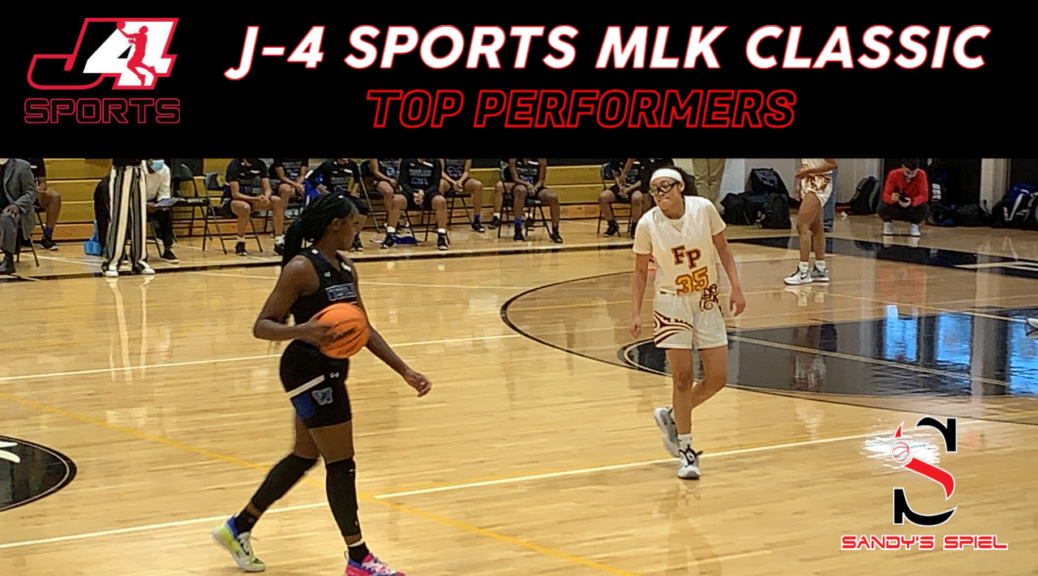 2022 5-9 CG Ta’Niya Latson – Westlake
One of the best athletes in the entire nation, Ta’Niya Latson and Raven Johnson form possibly the best backcourt in the country. The two toyed with Forest Park in their 70-34 destruction of the Panthers. Their activity and ability to turn live ball turnovers into points is incredible. Westlake sit in a 2-3 zone but Latson and Johnson make it feel like a full court press. The duo takes turns earning deflections and scoring on fast breaks. Latson has elite speed and lives in transition. She gets a vast majority of her points on layups. Latson has enough creativity with the ball to shake her defender and then elevate over rim protectors to finish. She’s one of the best scorers at the rim there is. Her outside shot and ability to score in the half court have been potential question marks, but on Monday she was able to knock down the mid-range shot and hit the open three. As those two areas of her game get better and better the more complete of an offensive player she will become. But when you’re as good as Latson is at getting to the rim, the vast majority of the time her outside shot isn’t even needed. She poured in 29 points, 6 rebounds, 1 assist and 2 steals in three quarters.

2021 5-10 PG Raven Johnson – Westlake
The length, IQ and activity of Raven Johnson was the key factor in shutting down Forest Park. The South Carolina-signee was everywhere on defense. Known as a lockdown on-ball defender, Johnson used her instincts and quickness to deflect passes and pick up steals to ignite fast breaks from Westlake’s 2-3 zone. The Lions are dominant in transition. Teams have to sprint four players back on defense every time a shot goes up. No one can compete with Johnson and Ta’Niya Latson when it comes to fast break offense. Johnson earns a handful of assists on her steals atop the zone, pitching ahead for Latson to streak down the court and lay up. The Queen of the GHSA got busy on offense as well. She hit tough mid-range jumpers off the dribble with hands in her face. Johnson’s ability to score equally as effective at all three levels and her court vision make her impossible to stop at the high school level.  Raven finished with 16 points, 8 rebounds, 9 assists and 3 steals in three quarters. We are witnessing history; arguably the most impressive dynasty ever in the GHSA led by Johnson, who has never lost to a school from Georgia over the course of her career. Winners of 101-straight in the Peach State, I can’t foresee anyone challenging Westlake in their quest for a four-peat. In the state’s toughest classification in recent memory, only COVID-19 could pose a threat at slowing down the Lions.

2023 5-6 PG Crystal Henderson – Kell
Instead of pouring in her customary 20+ points, Crystal Henderson played the role of facilitator in Kell’s 58-44 win over ELCA. Henderson finished with 10 points, 6 rebounds, 9 assists, 1 steal and 1 block. Pound-for-pound the best scorer in Georgia, Henderson’s electric play makes Kell one of the best teams in the state. She’s got limitless range and can catch fire quickly. She’s a shifty playmaker that can make the tough pass. Her size may scare off some programs, but Henderson is a no-brainer D-I guard and one of the best players in 2023.

2021 5-8 SG Sylvia Kahoro – Kell
The beneficiary of Crystal Henderson’s passing? Sylvia Kahoro. A rotational player a year ago, Kahoro’s role has increased tenfold, making her invaluable to Kell’s success. She’s a three-point specialist that spaces the floor and gives Henderson room to work. Kahoro is a solid ball handler, but she’s not known for her playmaking or slashing. Having an elite skill like shooting will put her on college radars. She netted 6 threes and finished with 20 points and 2 rebounds. Schools looking for a plug-and-play knockdown shooter will want to check in with Kahoro. She’s blossomed into one of the very best floor stretchers in Georgia.

2023 5-10 F Jada Green – Kell
Jada Green’s versatility really impressed me vs. ELCA. Standing around 5-foot-10, the energy of Green was apparent. She had a nose for the ball and found herself involved in almost every play. Not only did she score around the rim, but she got to the basket using a eurostep. She competed at a high level on the glass and flew around on defense, able to help defend multiple spots. Green finished with 11 points, 12 rebounds, 1 assist, 3 steals and 3 blocks.

2021 5-7 PG Cortney Gardner – Luella
Last Friday Cortney Gardner committed to Coppin State. On Monday, Gardner put on a show in Luella’s 59-39 win over Griffin. The southpaw is a shifty quick guard that makes plays off the bounce. She gets into the lane with ease and can pro-hop horizontally to avoid the defense. Gardner creates space on the perimeter with step backs and can score with either hand at the rim as a skilled finisher. She gets the Lions off and running and sets the tone with her pace of play. She’s dynamic in the backcourt.

2023 6-1 F Ariana Dyson – Luella
D-I schools don’t want to want too long on Ari Dyson. I targeted her as a breakout candidate back in July and she hasn’t let me down. At her size, her skillset is unique. She can be a bruising post when needed, able to clean the glass at a high level and score inside, but Dyson is also capable of going coast-to-coast and finishing like a guard. Dyson’s versatility helps her play a variety of positions. Her footspeed makes her a mismatch when pulling out opposing bigs to the perimeter or when facing up downlow. On Monday she impressed me with her passing. Dyson is patient and lets plays develop before delivering dimes over the defense to open cutters. If she is able to stretch her range out to the three-point line, she may be able to see more minutes on the perimeter in her future, but I like how effective she is inside the arc with her power around the rim. She finished with 13 points, 13 rebounds, 4 assists, 5 steals and 2 blocks.

I loved 2023 6-1 F @DysonAriana when I saw her in the offseason. This is why. Not many young bigs are as skilled, mobile and versatile as she is. @cortneyg24_ 9p
Dyson 5p 5r 2a 2s@baam_caam 4p@j4sportsllc @InsiderExposure pic.twitter.com/6ZMHd5bPFz 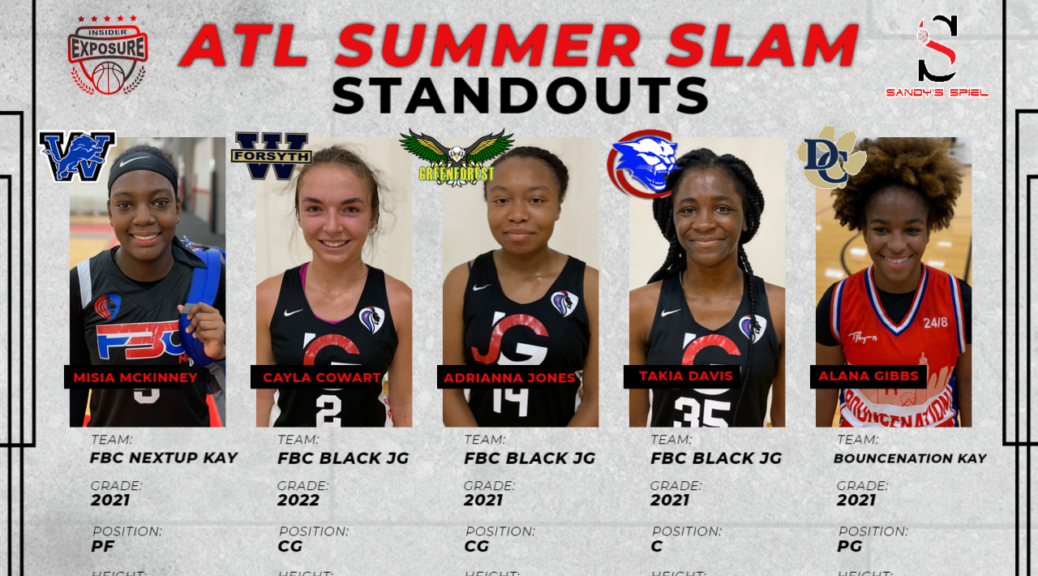 2023 6-1 PF Ariana Dyson – FBC Legacy UAA – Luella
After watching her consistent play over the weekend, I fully expect Ari Dyson’s stock to skyrocket and for her recruitment to kick off sooner rather than later. END_OF_DOCUMENT_TOKEN_TO_BE_REPLACED