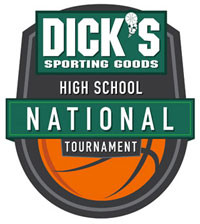 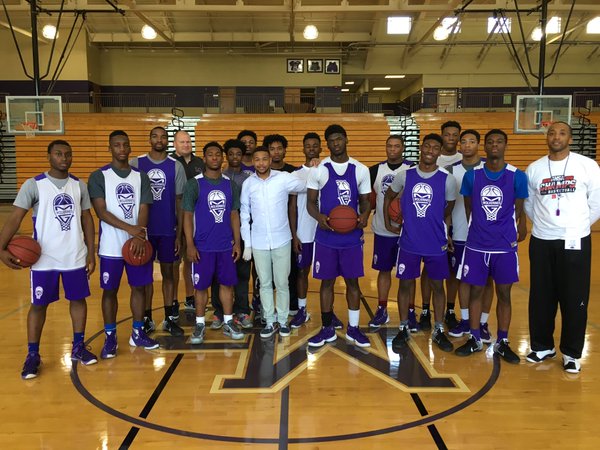 If Miller Grove is the premier basketball program in the state of Georgia, a true dynasty, then what does that make Oak Hill Academy? Mouth of Wilson, Virginia has become the heart of high school basketball. The Mecca of hoops is led by historic head coach Steve Smith who now has a record of 1,024-65. Not bad. This is the next tall task that stands in the way of Miller Grove in the DICK’s National Tournament after the Wolverines stunned third-seed Findlay Prep 67-65 on an Aaron Augustin floater with seconds left.

For the first time ever the Wolverines are pegged as the “Cinderella” story, something the Peach State is certainly not used to hearing. They will try to take a second big bite out of the Big Apple but it won’t be easy. Oak Hill features seven 4-star recruits and two 5-stars with six players signed to D-I schools and a junior that has already committed to Creighton.

Luckily for the Wolverines, Harry Giles the nation’s No. 2 ranked recruit is still recovering from an injury that has caused him to miss his entire senior season but that hasn’t stopped the Warriors from running up a 43-1 mark.

As solid as Oak Hill is up and down the roster, they can’t fall into a run-and-gun three-point shooting contest with the smaller Wolverines like Findlay Prep did. Miller Grove spread out the bigger Pilots and exploited their carelessness with the ball and lazy defensive rotations by getting two feet in the paint and dishing out to open shooters, or even tossing the ball over the zone on skip passes to the open man.

After being saddled with two quick fouls in the first quarter, Alterique Gilbert quickly put the Wolverines on his back and proved why he was a McDonald’s All-American scoring 20 points to go with his four assists. Colin Young netted 10 points and Raylon Richardson held his own before fouling out with 12 points and five rebounds. Tae Hardy provided a spark off the bench with eight points as well. Nearly half of Miller Grove’s 64 shots came from behind the arc as the Wolverines connected on 8-of-30 three-point attempts.

For once the Wolverines played the role of David to Findlay Prep’s Goliath. It wasn’t Augustin’s game-winning floater that was the stone cast by David, but it was the leadership and decision making of Head Coach Sharman White that proved to be the deathly difference. White outcoached Findlay Prep’s Andy Johnson who couldn’t figure out a way to get his 4 and 5-star players to focus on each possession, share the ball and play defense. He had to resort to playing a zone defense while Miller Grove comfortably settled for three-pointers, negating the Pilots’ size advantage. On the game winning final possession, the Red Sea parted for Augustin as he streaked to the cup.

Tonight on ESPN2 at 5 P.M., there will be no April Fools pranks pulled with Coach Steve Smith on the sidelines. The impeccable combination of great talent and great coaching is why Smith has won 94% of his games as coach of the Warriors.

The Wolverines will be up against it again but for some reason it’s tough to foresee Sharman White and Alterique Gilbert going quietly into the night as they play with house money.

Since Wheeler protested and broke the evil spell cast over high school basketball by the GHSA last year which prevented teams from playing in national tournaments at the conclusion of their GHSA sanctioned season, Class AAAAA state champion Miller Grove becomes the second Peach State team ever to play for the mythical national title.1 The Wolverines are no stranger to the big stage, winning seven state championships in the past eight years and becoming a staple on the national circuit. Miller Grove went 4-2 against out-of-state competition, their only losses coming to No. 7 Chaminade, Mo. 86-77 and Lone Peak, Ut. 73-71, both teams headlined by McDonald’s All-Americans and Duke signees Jayson Tatum and Frank Jackson, respectively.

The Wolverines have an ace up their sleeve as they meet Findlay Prep, the three-time DICK’s National Champion hailing from Nevada. Alterique Gilbert keys the Miller Grove attack. The UConn signee racked up the awards this year being named Mr. Basketball and Gatorade Player of the Year for the state of Georgia while garnering a Sandy’s Spiel First-Team All-State selection. Gilbert was a stat-sheet stuffer averaging 20.4 points, 5.6 rebounds, 5.9 assists and 4.1 steals his senior season. Findlay Prep Head Coach Andy Johnson is well aware of Gilbert’s explosiveness and will counter with a slew of D-I guards that will try to slow down the Wolverines’ catalyst. Skylar Mays (4-star LSU) and Carlos Johnson (2-star UNLV) will try to use their size against Gilbert if they get matched up. Gilbert stands 5-11 while Mays and Johnson are a pair of physical 6-4 guards.

Luckily for Miller Grove, they are more than just a one man team. Aaron Augustin averaged 9.9 points and 8.0 assists as the team’s lead guard when the ball wasn’t in Gilbert’s hands. The ETSU de-commit is still deciding on where he will play next year. Augustin’s strong build allows him to rush past defenders and make plays in the lane whether he is kicking out to the corners to deadly shooters Tae Hardy and Colin Young, or finishing at the rim. Everyone Coach Sharman White puts on the floor can spread out the defense and cause matchup problems for the bigger Pilots.

Findlay Prep will have just that however: a massive size advantage. In the state championship Allatoona exploited its size inside with Randy Legros, a raw 6-7 big man, who scored eight points in their 50-48 loss. The Pilots’ post players and much bigger and much more polished with six players standing over 6-7. Tristan Clark (4-star Baylor), PJ Washington (5-star) and O’Shae Brissett (4-star) lead the charge for the basketball power plant.

Washington, a junior, averages 16.9 points, 9.1 rebounds and 4.1 assists. Both Brissett and Clark average close to 10 points while it is point guard Markus Howard (4-star) who leads the team in scoring at 18.6 per. Findlay averages 99.9 points per game, but the competition does have the right to be put into question playing “Academies” such as Planet Athlete, Impact and Elite One, teams the Pilots beat up on a combined 12 times according to MaxPreps, winning by an average of 56.5 points. Findlay’s lone loss came to Bishop Gorman, Nv. 77-71, a team that GHSA Class AAAA runner up Jonesboro defeated 65-64 at the MaxPreps Holiday Classic.

On paper it seems like Findlay Prep is the heavy favorite, but if you delve deeper into the numbers Miller Grove has a puncher’s chance. UAB football signee 6-6 Raylon Richardson must play better than he did against Allatoona (5 points, 3 rebounds) and more like he did against Wofford signee Dishon Lowery and Chase Walter of McIntosh when he posted 17 points, 12 rebounds and 3 blocks as an X-factor in Miller Grove’s semifinal rout.

The one advantage the Wolverines have that can’t be disputed will be on the bench in the form of Coach White. White has coached in the USA Basketball program and is a master in-game decision maker. He will put his pack of Wolverines in the best spot to succeed as they look to make history for the state of Georgia in their march to the DICK’s National Championship.

1  MaxPreps Xcellent 25 and USA Today Super 25 [rankings used for tournament] No. 1 Chino Hills & No. 4 St. Anthony, both undefeated, are ineligible to participate in the tournament due to state rules like the GHSA had in place for years.