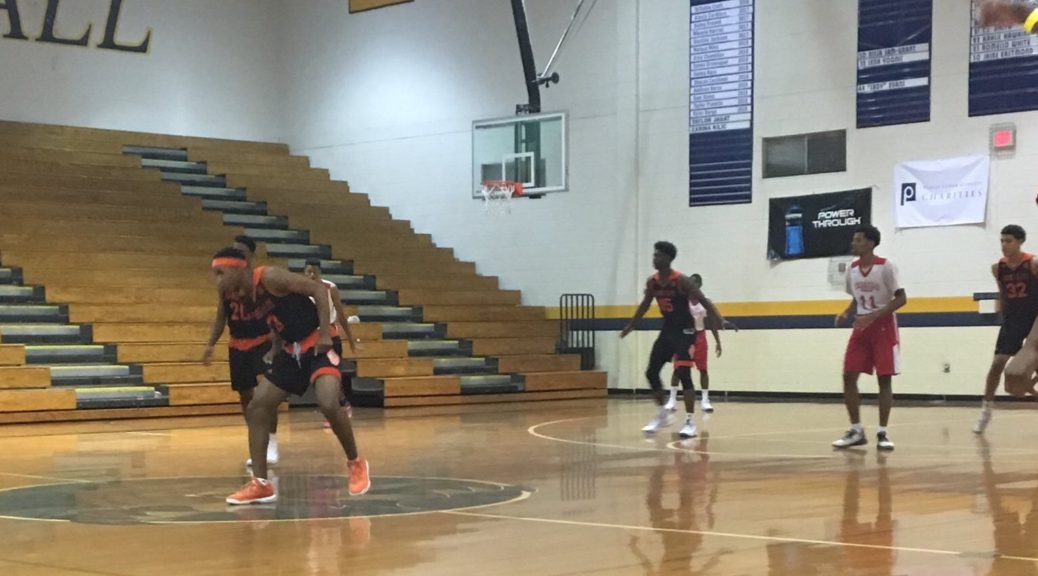 The majority of my time at Best of the South was spent watching 17U games, but I was able to take in a good amount of 16U action at the Champion’s Summer Classic at Wheeler and a few good 16U games at BOTS as well. Here are the 16U teams that I saw a lot of and impressed me with their play.

This group was the most impressive 16U team I saw the whole weekend, they are loaded with prospects and have incredible size for this age level.

Electric guards Brenden Tucker and Reco Hallmon lead the Game Elite backcourt. Tucker is a freak athlete who throws down huge dunks and wreaks havoc on defense. Tucker has improved as a shooter and this really opens things up for him as a scorer off the dribble, which is where he excels. Hallmon has good shooting ability also and is super energetic on both ends of the floor. He gets the team going with his intensity on defense and puts pressure on opponents with the ball in his hands.

Dacula standout Mekhail Bethea and Kamar Robertson also get a lot of time at the guard spots. Bethea just joined the team and is still getting a feel for being with them, but his scoring ability was on display as usual. Robertson is a solid PG who has a smooth game off the dribble and a nice stroke from deep.

The Game Elite frontcourt is a huge problem too, composed of Rodney Howard, Luka Jaksic, Romano Solis, and Armani Harris. Howard is a fast-developing big who is a great rim protector and a physical presence inside on offense, his recruitment is really starting to pick up.

Jaksic and Solis both bring versatility to the team with good touch from mid-range and around the basket while also providing rebounding. Harris does it all as a forward; he is a bouncy athlete, a great mid-range shooter, and is extremely active on defense with tons of rebounds and blocked shots. This team is a scary sight for anyone in front of them.

After seeing this team multiple times during the spring, I was excited to see how they have developed since May. The group challenged themselves against multiple Adidas teams this week and I had a few new observations after watching.

First, I felt like Terrell Burden established himself as the leader and alpha-dog on the team. Burden won’t let his lack of size stop him from being effective; he is ultra-competitive, fearless when he weaves through defenders on his way to the basket, and showed an improved jumper.

A very undersized team, I liked how Abraham Onkoyi and Sebastian Mallory used their athleticism and energetic play to provide toughness and rebounding inside for Vanguard.

Alongside Burden in the backcourt, Donaven Hairston continued to show that he is a solid 3-level scorer and looks even better slashing and finishing at the basket. The same goes for Myles Todd, who displayed more of a willingness to attack the basket and was hitting mid-range shots with consistency.

Already a very good shooting team with a bunch of guys who can heat up from deep, Vanguard has added two more perimeter players in Davis Herndon and Sam Jennings. Both Herndon and Jennings are smart shooters with decent ball skills and good feel for how to score. Only their first week with the team, if these two are productive in Orlando and Vanguard can get DJ Patrick and Morgan Mulrain going from 3-point land, this team will be dangerous during the last live period.

This 16U Game Elite crew, just like the other, has some prospects that will attract a bevy of coaches. This team is led by Malachi Rhodes, Isaac Martin, and Roscoe Eastmond. Eastmond sets the tone for the team; he plays gritty defense, forces turnovers, and pushes the pace off of these turnovers. Eastmond is no slouch on offense either, he makes good reads on pick and roll opportunities and makes up for his size with a variety of finishes and floaters inside.

Rhodes had a good start to July during the first live period and maintained this momentum at Wheeler this week. Rhodes has a non-stop motor and grabs every rebound in sight, which are both qualities you love to see from an athletic forward like him. Rhodes stays within himself and keeps things simple, making his mark with activity and toughness in the paint.

Martin pairs with Eastmond to form a solid backcourt duo for Game Elite. He has great size for a shooting guard and a nice lefty stroke to go with it. Martin has shown some strides off the bounce as well; he is more determined to drive to the basket and is looking for his pull-ups often instead of settling for threes.

Another productive player for this team is Kevin Hester. The big, burly forward provides physical play for the team and showed a nice skill-set from 15 feet and in. Hester isn’t a guy who demands the ball much but he is efficient and makes the most out of his opportunities.