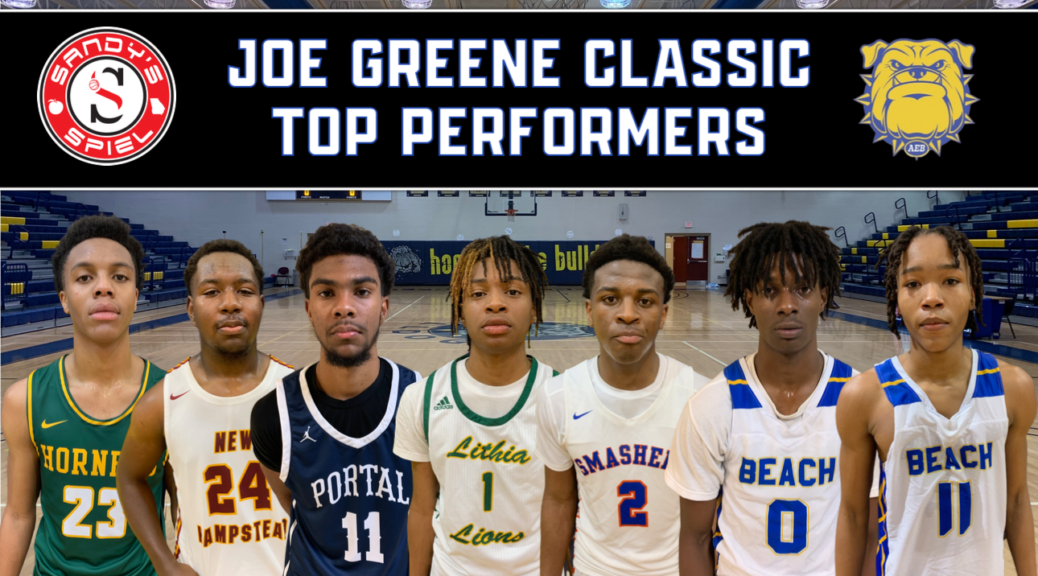 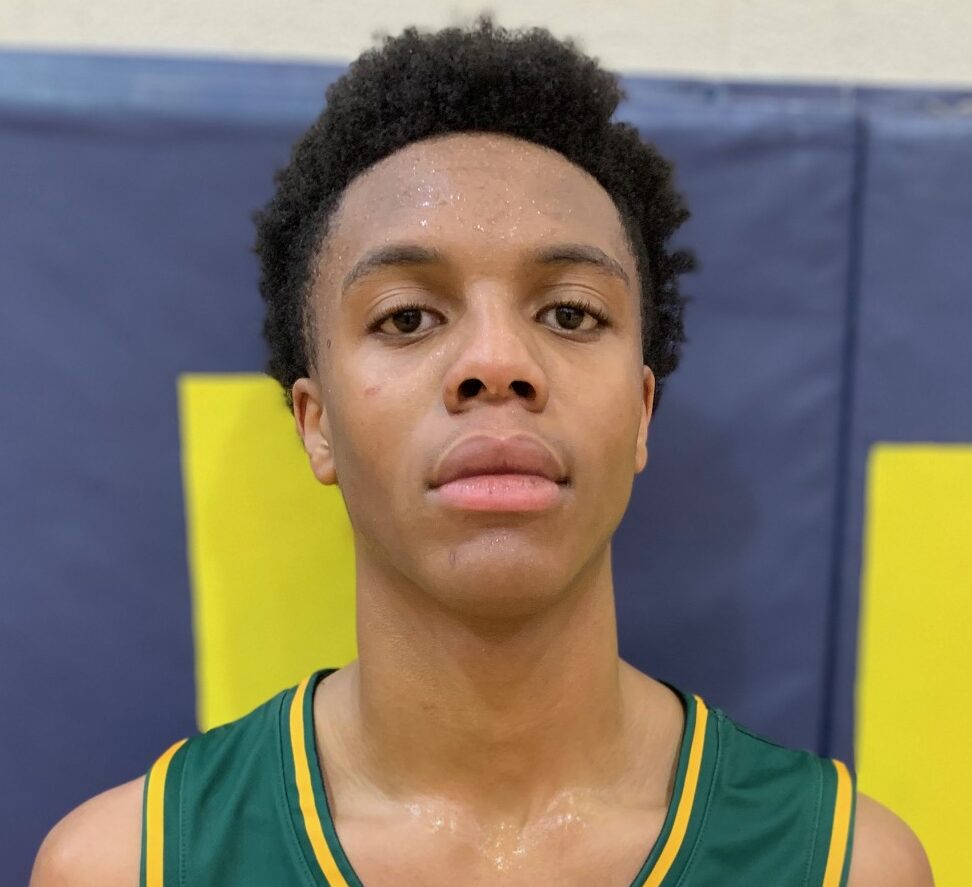 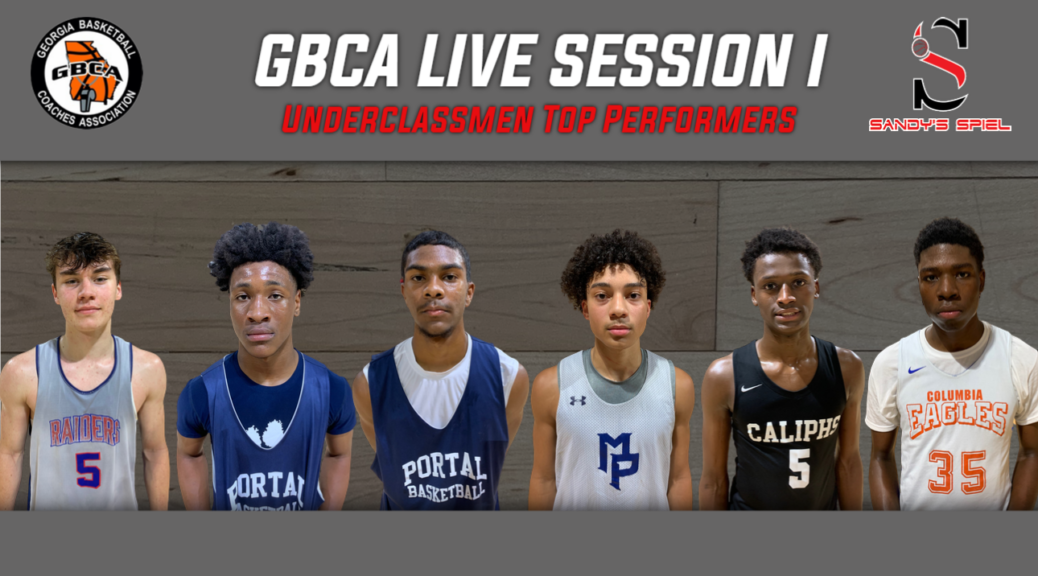 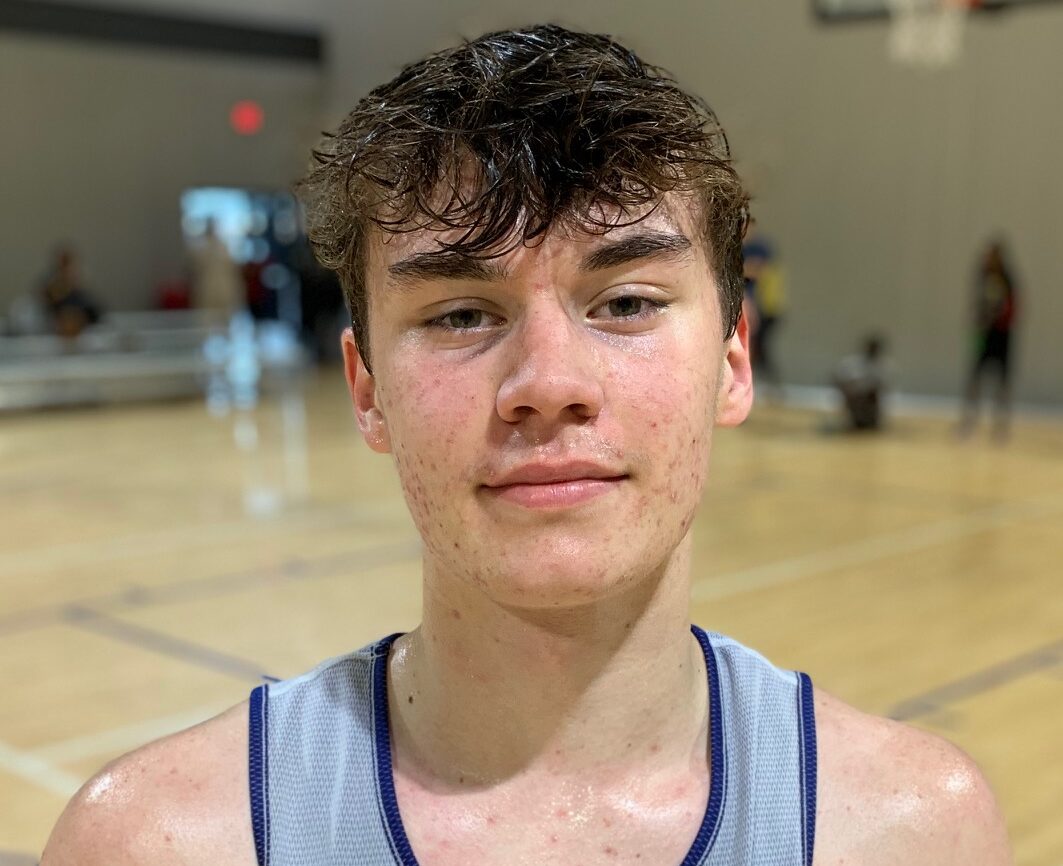 2024 6-0 G Luke Flynn – Walton
One of the most impressive three-point shooting displays of camp belonged to Luke Flynn. END_OF_DOCUMENT_TOKEN_TO_BE_REPLACED 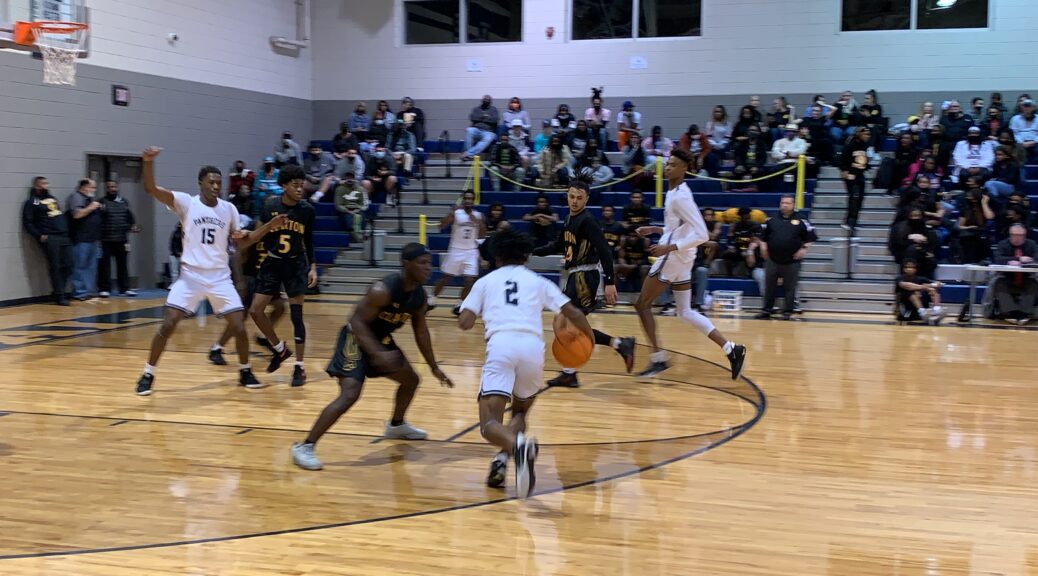 Is Region 3 A-Public worthy of placing a team in the Top 10?

The group’s best go at it tonight.

33 miles apart, long-time rivals Claxton (13-1, 6-1) and Portal (16-6, 11-1) met in the Turpentine City to determine first-place in Region 3 A-Public. The Tigers of Claxton rolled in undefeated with a 59-50 win over the Panthers back on January 9, using a fast pace style of play loaded with quick football players and little size to speak of. Portal counters with three high-scoring freshmen and one of the best shot blockers Georgia. In front of a packed crowd, it was Portal who was able to hold on in a nip-and-tuck game Friday night to slide into first-place with one regular season game remaining.

Claxton came out of the gate hot, leading 8-2 and then 11-4 after Jamon Mangusho hit Cameron Arthur for a three in the corner, one of his three triples of the game.

6-foot-5 freshman Amir Jackson kept Portal afloat with buckets inside and saw Claxton settle for a 15-11 lead after one following a Josh McKeever assist to Brian Bacon.

Down 17-15, Portal began to make their push at the 5:33 mark. 5-foot-8 sophomore Elijah Coleman got loose with six quick points as the Panthers started to find a groove offensively. 6-foot-7 Fred Spells, one of the top shot blockers in Georgia last season, came off the bench and immediately changed the game. He swatted five shots in the first half and had a put-back slam to give Portal a 19-17 lead.

Wilken Washington drove baseline to make it a 6-0 run mid-way through the quarter.

A pull-up jumper from Jackson capped the Panther run at 11-2 as Portal extended their lead to 26-19 with 1:20 to play in the half.

The Panthers led 28-21 going into the break but saw Claxton regroup in the third quarter and charge back behind a Mangusho jumper and an Arthur offensive rebound to cut the lead to 30-28 at the 4:00 mark.

With Spells on the bench two minutes into the third quarter with foul issues, Claxton was able to get to the basket and breakdown the Panthers off the dribble with their quickness. The Tigers broke off a 12-3 run to lead 33-31 with 2:37 left in the quarter before Spells checked back in.

Immediately as Spells returned, the tides shifted again in favor of the Panthers. Spells emphatically rejected his seventh shot into the crowd before Portal finished the quarter on a 6-3 spurt to tie the game at 37 heading into the fourth.

The final stanza belonged to Coleman. He scored 12 of his game-high 23 points in the fourth quarter to pair with his 5 rebounds, 2 assists and 3 steals. A tough bucket inside pushed Portal ahead 44-41 and the Panthers led 47-45 with 2:18 remaining before Spells fouled out with 8 points, 7 rebounds and 9 blocks. With their game-altering post out of the game, Coleman kicked it into another gear, finishing through contact to extend the lead to 51-46 with 1:14 left.

Huge And-1 from freshman @Lijah022. Misses the FT. pic.twitter.com/ZLEgk9tXss

Two Coleman free throws with 43 seconds left put the finishing touches on a decisive 6-1 jolt that ballooned the Panthers’ advantage to 53-46. Arthur hit a corner three with 15 seconds remaining to trim the lead to 54-50 but Claxton’s undefeated dream season ran out of time as Portal was able to hold on for a 55-50 win in front of a raucous home crowd.

Portal has a chance to be scary good by the time their 2024 core is seniors. While they will mightily miss the game-changing shot blocking of 6-foot-7 Fred Spells, the cohesion the trio will build playing together year-round at the high school and travel level will be invaluable. The head of the snake is 5-foot-8 Elijah Coleman. He’s very skilled for a freshman, especially at the Class A-Public level. He can get into the lane and finishes with strong body control. Coleman is a shifty creator that can squeeze in tough passes off the dribble to open teammates. The way he controlled the game down the stretch was impressive. He went 6-9 from the line in the fourth quarter and 11-21 for the game to finish with 23 points, 5 rebounds, 2 assists and 3 steals. 6-foot-5 Amir Jackson doesn’t look like a freshman. He has a strong frame that should pack on muscle over the course of his career. He finished around the basket and brought a tough rebounding presence. Jackson showed touch from the perimeter on a pull-up jumper. He has room for growth with his ball handling. Jackson contributed 13 points, 13 rebounds, 1 assist and 2 steals. The third-head of Portal’s freshman triumvirate is Joseph Thomas, who’s father played at Indiana.  Thomas had an off night, but you could tell he has the shot-making gene in him. He’s got a projectable body on the perimeter at 6-foot and can score from the mid-range and beyond. He took some tough off-balance shots on Friday but managed to chip in 8 points, 3 rebounds, 1 steal and 1 block. Spells was the difference-maker for the Panthers. With a 7-foot-3 wingspan, Spells erases every shot remotely close to his area. His length lets him tap out rebounds and earn second chances. He will need to get stronger to play at the next level. He didn’t finish very well around the rim, but his athleticism and elite shot blocking make him an intriguing prospect that JUCOs have already taken notice of. Although their record isn’t as sparkling as Claxton’s, I really think Portal is the scarier team in the postseason due to their pieces. Spells, if he can stay out of foul trouble, can completely lock down the paint and if opposing teams don’t have enough floor spacers to pull him away from the basket or at least the ability to knock down open shots from the perimeter, they will struggle against Portal inside who also has Jackson’s strength around the rim. Portal’s 1-2-2 press and 3-2 zone are long and I could see Coleman and Thomas getting hot and causing some issues in the state tournament. They may not be true state title contenders just yet, but in three years don’t be surprised if Portal becomes a consistent threat to play in Macon.

Claxton is loaded with dual-sport athletes. Shakari Denson (Ohio) and Karon Taylor (Mercer) are two D-I football players. In fact, their entire starting five outside of Jamon Mangusho signed to play football in college earlier this week. The Tigers come at you in waves. While their tallest player stands just 6-foot-2 in Cameron Arthur, the Tigers make up for it with their pace of play and overall scrappiness. They attack on defense and rebound the ball well considering their lack of size. Arthur was their best scorer on Friday, totaling 16 points, 10 rebounds and 2 assists while hitting three threes. His effort around the rim and his ability to space out the floor hurt Portal. Mangusho excelled when he played the high post against the Portal zone. He hit a handful of jumpers and I liked his overall versatility and willingness to play a little bit out of position in order to help his team. The 6-foot-1 guard with a 3.85 GPA finished with 10 points, 6 rebounds, 2 assists and 3 steals. Denson, 5-foot-11, added 8 points, 2 rebounds, 3 assists and 1 steal while providing tough on-ball defense, helping hold Joseph Thomas to eight points. Claxton will feast on teams that don’t have above average guard play. Their footspeed and pound-for-pound strength make them tenacious on defense. Their size and lack of true skilled creators may hurt them in the long run, but their toughness and quickness will pose problems for teams in the state playoffs.