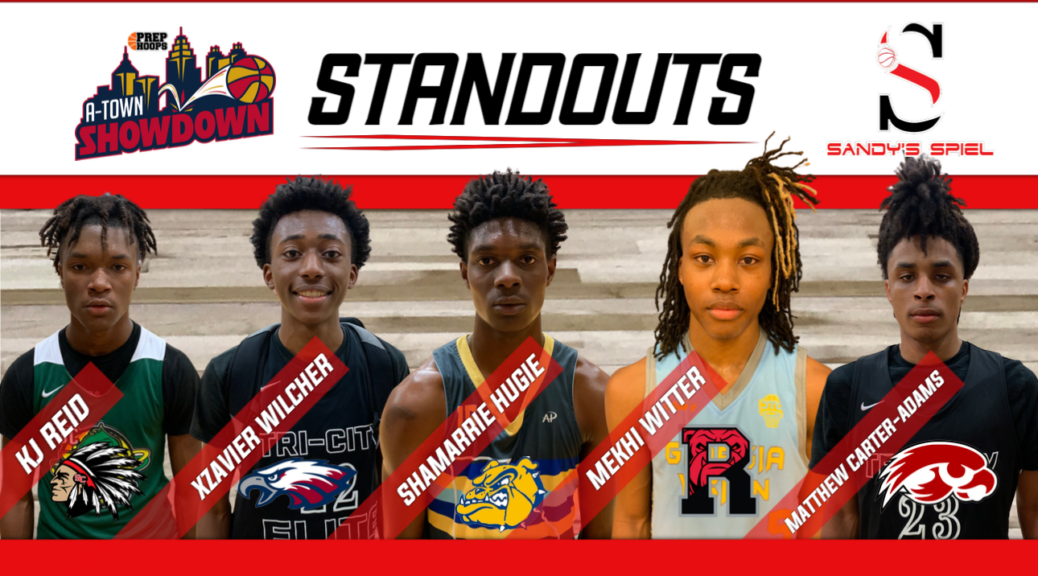 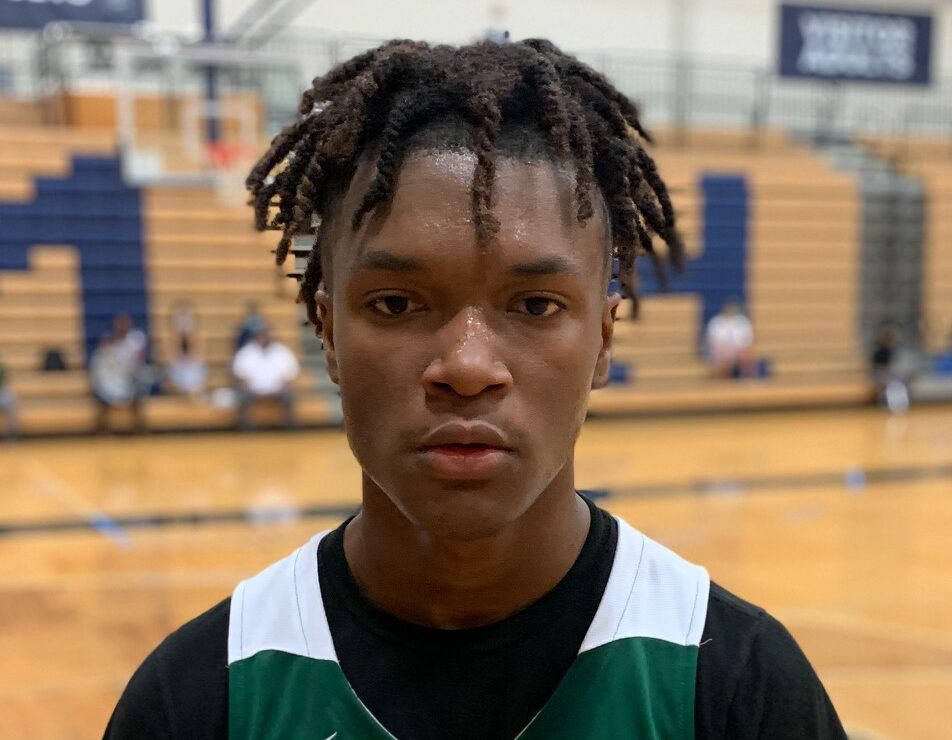 2022 6-1 G KJ Reid – JC Ducks – Social Circle
I loved what I saw out of KJ Reid back in January when I watched him net 26 points in a win over the eventual Class A-Public State Champions Towns County. END_OF_DOCUMENT_TOKEN_TO_BE_REPLACED 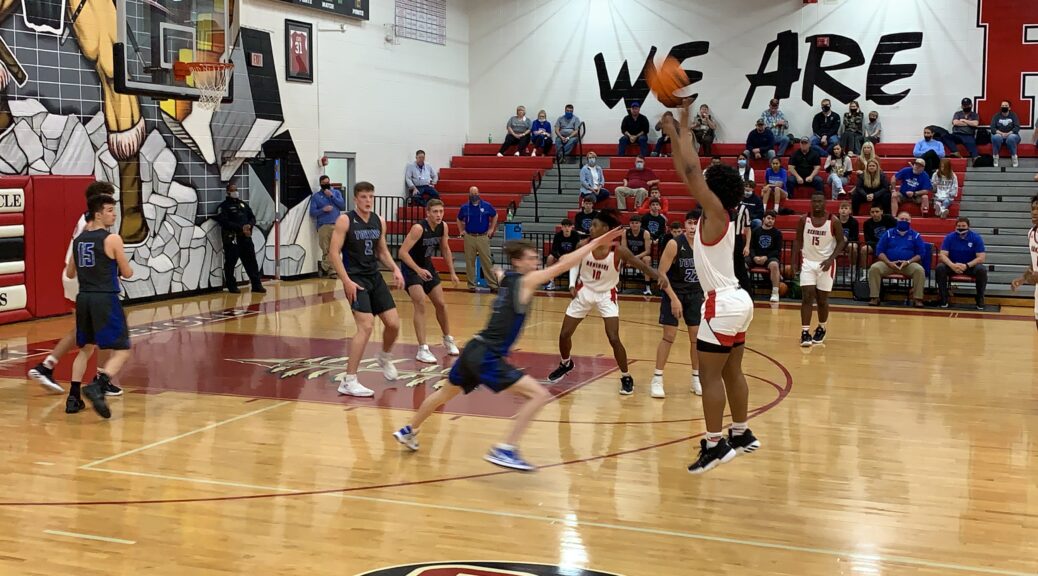 Huge game in Region 8-A

Winners of three-straight heading into Tuesday night’s rematch with No. 3 Towns County (12-3, 6-1), Social Circle (9-8, 4-2) looked to muck things up in Region 8-A and climb closer to the top of the standings before letting Towns County run away with the region. With a 64-58 win over the Redskins in tow, the Indians took to the floor for the first time since cracking the Top 3 in Class A-Public.

It was a fluid start for both offenses as Social Circle set the tone early draining three of their 10 three-pointers against Towns County’s 2-3 zone, but trailed 8-7 mid-way through the first quarter.

The Indians went on a 5-0 spurt keyed by Kolby Moss to extend the lead to 13-7 and lead 19-13 after eight minutes following Moss’ eight points.

Moss and Kabe Ellis continued to do damage in the second quarter and kept the Indians in front at 26-21 with 3:15 to play but KJ Reid would catch fire and ignite a 10-0 run to surge ahead 29-26 and never trail again.

Reid, who finished with a game-high 26 points and 6 rebounds, drilled three of his five three-pointers in the opening half and went into the break with 15 points as the Redskins led 31-28.

In the third quarter Coach Robert Benson came out of his zone, but Social Circle remained hot from deep with three more deep balls. As the Redskins started to pull away, the Indians began to get the ball inside. Collin Crowder hit Moss on a face cut to make it 39-34.

After dealing with some foul trouble and a fast pace game, Towns County decided to get 6-foot-7 junior Jake McTaggart involved. He would score eight of his 13 points in the frame, attacking middle and getting to where he could shoot over the defense from a few feet away.

3Q; 1:45@TheCircleHoops 47
No. 3 Towns County 38@mctaggart_jake has consistently been able to get to his signature shot in the lane. He’s got 8 points in the quarter. pic.twitter.com/YRCH5suZmq

With Taggart establishing himself inside, Social Circle still managed to hang onto a 47-40 lead after three behind the play of Reid and Tyrhell Branch.

Towns County cut the lead to 50-45 at the 4:49 mark but the Redskins would quickly extend the lead using the three-point shot as Cam Gaither got a fortunate bounce to make it 56-45 with 4:11 to play.

Home town rims. Look at this bounce for @cam10gaither.

Gaither scored 11 of his 19 points in the final quarter as the Redskins would burry the Indians from the foul line when Towns County started to intentionally foul down 59-48 with 2:47 remaining. Social Circle sank 26-39 from the stripe including 17-25 in the fourth quarter with Branch hitting 6-11, Reid 5-6 and Gaither 6-8.

A trio of late threes, two via Aidan Berrong and one from Ellis accounted for Towns County’s only three-pointers of the second half after netting just one in the first.

I was a bit bullish on Social Circle heading into the season but was cautiously optimistic. The 2022 core of Preseason All-State 5-foot-9 point guard Tyrhell Branch, 6-foot-1 KJ Reid and 6-foot-1 Cam Gaither is a strong nucleus. Add in the size of 6-foot-6 sophomores AJ Vinson and Logan Cross along with 6-foot-2 junior jumping jack Amarion Russell and Coach Taylor Jackson has plenty to work with in Year 2 as head coach after guiding the Redskins to a 20-8 mark in Class 2A a season ago, their first 20-win campaign in over a decade. Sitting at 9-8, the Redskins are currently waiting outside the Class A-Public Top 10, but its not due to a lack of talent. Social Circle scheduled a grueling non-region schedule for an A-Public school and may be better for it, turning a corner with four-straight wins. Reid was great on Tuesday. I felt like Social Circle was settling for too many threes early on against Towns County, but they successfully shot them out of the zone with Reid sinking five and finishing with 26 points, 6 rebounds, 2 assists, 1 steal and 1 block. He’s a wiry lefty that can create separation off the dribble to get clean looks from the mid-range and beyond. Branch is a more compact guard with muscle on him. He uses a quick burst to the basket and was able to drive and kick to shooters. He didn’t force any bad shots and was effective when he got in the paint, drawing fouls and going 13-18 from the foul line as he poured in 24 points, 5 rebounds, 3 assists and 1 steal. Gaither and Russell were key. Gaither, another long lefty, provided offense at all three levels. He posted 19 points, 3 rebounds, 3 assists and 1 steal while Russell brought tremendous athleticism and effort in the paint. The bouncy southpaw plays bigger than his size with how he can attack rebounds and snatch them away from bigger players. If Social Circle can shoot anywhere near as well as they did against Towns County, they will be a tough team come state tournament time with how Branch and Reid are able to play off one another and create their own offense.

In the loss, Towns County still looked good. Between All-State 6-foot-1 guard Kolby Moss, 6-foot-7 Jake McTaggart and 5-foot-10 Kabe Ellis, all three can lead the team in scoring any given night. Taggart, a junior, moved in from Hayesville, NC while Ellis, a senior, transferred from Andrews, NC, giving Coach Robert Benson a suddenly deep and diverse team from last year’s 18-9 unit that was beat by GMC 77-57 in the first round of state. Moss finished with 24 points and 9 rebounds. He is the senior leader of the team and plays with a composed fire. He scores in a variety of ways. He’s a crafty finisher that has exceptional footwork when attacking off the dribble. He uses his body well to avoid shot blockers and can finish with either hand, using both his right and left to drop in floaters. Away from the ball, he cuts hard and looks to score when doing so. A majority of his points came in the paint but he is a capable outside shooter that has a high release that can be difficult to defend. Moss is the school’s all-time leading scorer and just received an offer from Young Harris. McTaggart is a bruising forward with skill. He posts hard and can attack off the dribble and can push the ball on the fast break. He finished with 13 points, 7 rebounds, 1 assist, 1 steal and 1 block, but I thought he could have done a little more. Looking back, I don’t think he scored one bucket with his back to the basket on any drop steps. McTaggart uses the same move. He likes to spin into the middle where he can turnaround and shoot short shots over the defense. He has a nice touch but I would have liked to see him play with more power and go into the defense instead of fade away. His shot is nearly unguardable at the A-Public level with not many teams big enough to defend him, but in college it will be tougher to convert those shots when they are contested. McTaggart did do a nice job of drawing fouls on Social Circle but most of them were when he was posting up. He went 1-3 from the line. What gives McTaggart an advantage on most big men prospects is his versatility. He can get creative with the ball on the perimeter and can shoot the three. He’s a little heavy footed when he attacks but with his size and strength it doesn’t negatively affect him. McTaggart is a solid prospect. D-II programs should be on him hard. With a strong travel season, he could really gain some major attention. Another player I liked was Kabe Ellis. I thought he didn’t get to hunt his shot enough in the second half after scoring seven points in the first. He’s a quick guard with tight body control. He’s able to make plays off the dribble and get to his spots in the mid-range. I like his shooting touch and his overall skill level. He’s extremely tough at the A-Public level and he and Moss will give teams fits.