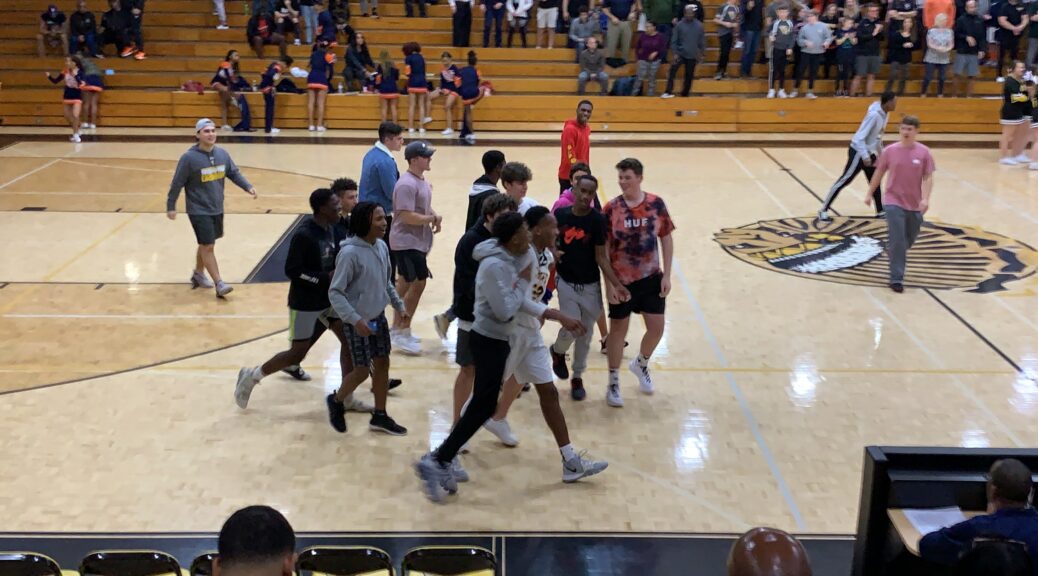 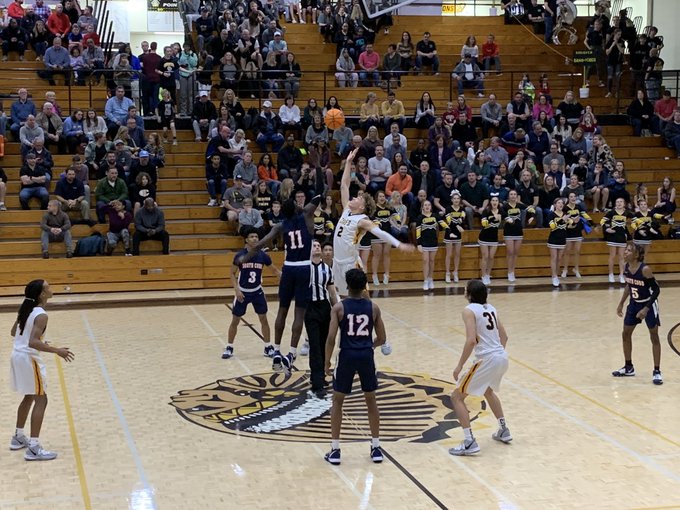 It’s not often in Sequoyah basketball history that the Chiefs could go toe-to-toe and match fire power with the elites in the state. From Adam Benton to Tyler Deihl to Sean Tate, the Chiefs have seen high scoring guards pour through the doors. Mercer-signee Jacksen Greco tops them all, recently surpassing the historic trio for the all-time scoring record in Chiefs history but aside from his scoring prowess he is the front man for No. 5 Sequoyah (15-4, 9-2) who fields likely their best team in school history and have been knocking on the door of becoming a state contender. On Tuesday night, the Chiefs barged through the door with a 67-56 win over No. 1 South Cobb (18-2, 11-1) snapping the Eagles’ 17-game winning streak and pushing Sequoyah’s to 10-straight. Greco got his fill, scoring 17 points but it was 6-foot-5 senior Dashaun Robinson, who was showered with MVP chants, that took over in the fourth quarter and lifted the Chiefs past the Eagles to notch Sequoyah’s biggest win in school history and give them momentum but more importantly confidence heading into the home stretch of the season that they can beat the best of the best.

Winning 78-68 in their first meeting, South Cobb started the game with star sophomore Zocko Littleton Jr. on the bench. Once he checked in, the sharpshooter immediately drilled a three and sparked a 7-0 run before Arthur Parker hit a baseline jumper for Sequoyah to settle the score at 7-4 in favor of the Eagles.

Arthur Parker comes off the bench to end a 7-0 run via the @dshipp15 assist. pic.twitter.com/AFELeIAcld

6-foot-7 Illinois State-signee Emon Washington hurt the Chiefs early and often. Attacking from the high post, Washington scored nine points and put the Chiefs in foul trouble. Trailing 12-9 at the 2:49 mark, Greco was sent to the bench with his second foul but Sequoyah’s bench highlighted by Parker and sophomore Dylan Wolle combined for eight points to keep the Chiefs tight, ending the first quarter down 17-15.

Back on the floor, Greco sparked a momentum shifting 13-0 run on an off-balance runner.

A dunk from Ayden Watson and a Robinson bucket inside gave the Chiefs the lead 23-21, their first since 2-0 and a lead they would never relinquish. Donovan Shipp capped the stretch with a layup to make it a 30-21 advantage at the 2:46 mark before Raymond Baka ended the drought.

13-0 run after @dshipp15 slips his way to the basket. Chiefs have not backed down an inch. pic.twitter.com/y30myMJDm8

Sequoyah doubled up the Eagles in the frame, outscoring South Cobb 20-10 to take a 35-27 lead into halftime as the Chiefs held Washington scoreless in the second quarter.

In the third quarter, South Cobb turned up the heat by pressing but sans one ineffective possession, the Chiefs quickly regained their flow and kept their lead in double figures behind a Robinson put-back and Myles McGee kiss off the glass.

South Cobb couldn’t gain any ground after falling behind and traded buckets, finding themselves down 49-39 with just eight minutes remaining as a spirited War Lodge crowd made things tough.

The Eagles found life on the shoulders of Washington, who threw down a put-back dunk, two of his game-high 23 points, to cut the lead to 51-45 with 6:19 remaining, but from that point on the Chiefs did just enough to slowly eke the lead out while Washington continued to dominate inside.

Negating Washington’s impressive play was Robinson. Entering the game averaging 8.1 points, 6.3 rebounds and 2.3 blocks, the long-armed energy giver made every play down the stretch scoring 10 of his team-high 19 points in the fourth quarter and finishing with a double-double of 10 rebounds, 2 assists and 4 blocks.

Robinson put the stamp on his heroic performance as he blocked a dunk attempt off a steal and then forced a South Cobb turnover seconds later, energizing the home crowd and all but dousing the Eagles’ hope of a comeback as the clock read 63-54 with just 60 seconds remaining. Robinson, who went 7-of-7 from the foul line including 6-for-6 in the fourth quarter, finished his night to MVP chants in an effort that won’t soon be forgotten.

Watson finished with 9 points and 7 rebounds while Shipp joined the collective effort on the glass with 8 points, 8 rebounds, 2 assists and 2 steals.

Littleton was held scoreless in the fourth quarter and finished with 11 points.