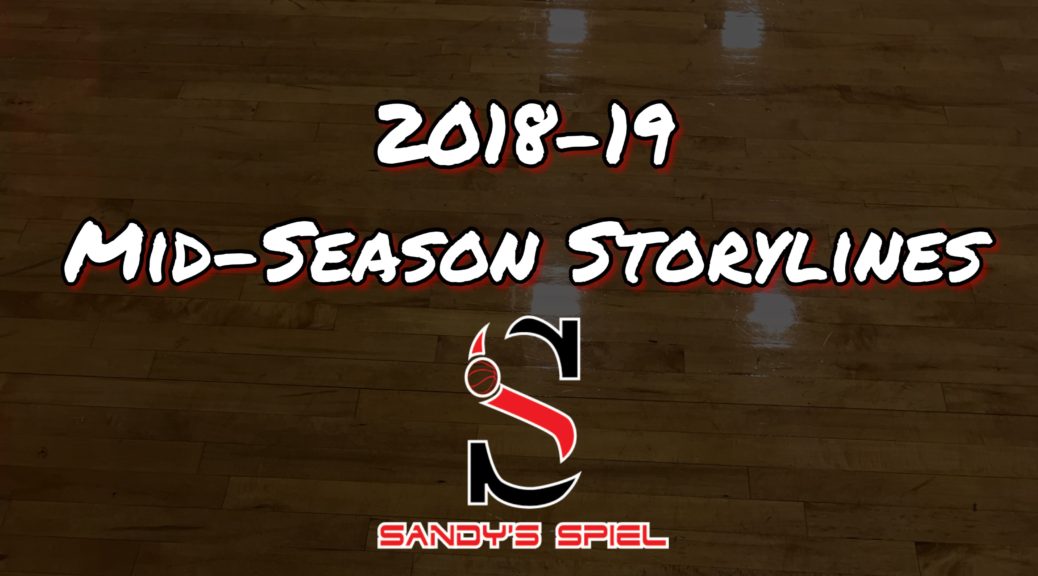 2019 is here and we have reached the midway point of the GHSA basketball season. It’s time for some mid-season awards and storylines to track the rest of the year.

Girls: Following a 9-15 season in Year 1 under Coach David Dowse, Lumpkin County has compiled a 13-3 record with just eight girls on the roster. While they haven’t quite secured their signature win in Region 7-AAA yet, the Lady Indians have proven to be able to hang in with some of the state’s best, losing to No. 7 GAC 48-42 and No. 6 Dawson County 58-55. Sophomore Isabel Davenport and senior Mackenzie Pulley have carried the load offensively.

Boys: There have been a handful of teams that have taken their L’s in non-region play, trying to prepare for the bigger picture. All of the defending Class A-Public state champ Wilkinson County’s losses have come against teams that have spent time in the Top 10. Sitting at 3-8, don’t count out Region 7-A’s most feared team. The talent is there but the wins haven’t been for Cedar Shoals (6-7) who is closing in on last year’s 10-win total. Juniors 6-foot-6 Quincy Canty and 6-foot-1 Tyler Johnson look like future D-I players while Demetrius Glenn, another 2020 guard, is a three-point marksman. The Jaguars will not be an easy out come February.

Girls: Once the class of Cobb County and the state’s most dominant program, McEachern (4-7) has come back to earth. They Indians are better than what their record suggests, going 2-4 against out of state competition but they still have a lot of work to do to crawl back into the Top 10 in Class 7A. A 50-40 loss to No. 3 North Cobb was a sobering reality that the Indians are no longer the best team in their own region or county, but with most of their speed bumps in the rearview mirror, don’t count out McEachern as they gear up for another playoff run.

Girls: Jones County (12-3) holds two wins over No. 10 Warner Robins and has beaten previously ranked Woodland-Stockbridge and Baldwin along with a tough Locust Grove group. Another clean week could propel the Greyhounds into the Top 10 if anyone falters in Class 5A. Down in Class 2A, Model (11-3) has transitioned to life after Victaria Saxton quite well. The Blue Devils won the Rome News-Tribune Christmas Tournament by beating Class A-Private No. 10 Darlington 50-39 and previously ranked in Class 5A Rome 55-48.