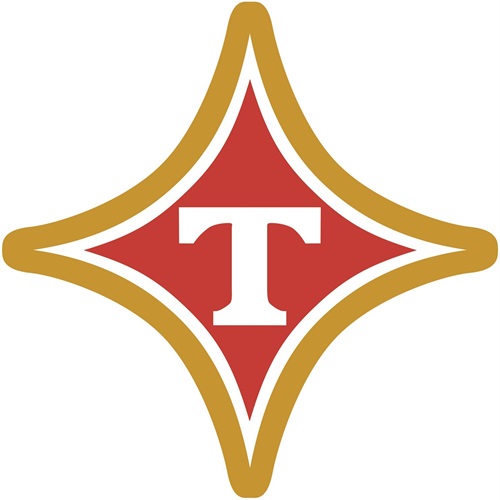 Not even two weeks into the season and holiday tournaments and other non-region games across the state have put the Top 10 rankings to the test. With teams still trying to gain their footing on the young season some games are more of upsets than others. Accolades and preseason rankings have already proven to not matter much once the ball is tipped. Here are a few of the most interesting results from a full Monday of action.

Lowndes 64, 2ANo. 2 Thomasville 51
Am I reading this score correctly? If so, Thomasville, who went 28-2 last year, is now 0-2 to start the year after opening as the state’s No. 1 team in Class AA. The Bulldogs were humbled by Class 7A Tift County 75-40 and now drop to Lowndes. Ever since the Bulldogs were smacked in the Elite Eight against Pace Academy 78-48, I just don’t know what to believe anymore, especially without Jordan Willis leading the charge at point. Reggie Perry has been described as a future “NBA Lottery Pick”, but if that’s the case, I don’t understand how the 6-foot-8 Arkansas-commit isn’t carrying this team on his back. Don’t forget 6-foot-9 Titus Wright is also receiving high major offers. No excuses for a 35-point loss and a 13-point loss to a team you should overwhelm with your D-I size. I’m hovering my hand over the panic button because I thought highly of this team last year and this season, only to be left searching for answers.

South Forsyth 70, 5ANo. 10 Riverwood 61
UNCW-signee Evan Cole carried the War Eagles with 39 points while Isaiah Magee added eight. Embry-Riddle signee did the best he could to lift the Raiders, pouring in 26 points. Charnchai Chantha added six points and 10 assists but the 6-foot-8 Cole was too much to handle.

Dorman, SC 86, 2ANo. 4 Monticello 57
This one wasn’t too much of an upset as the South Carolina power rolled over a smaller scrappy Monticello team. Ashton Bonner finished with 20 points, six rebounds and four assists. CJ Adams collected 13 points, four assists and six steals. This was a classic learning experience as Monticello entered as a heavy underdog with their enrollment of 700 playing against South Carolina’s largest school, Dorman, who boasts 3,400 students.

7ANo. 10 Collins Hill 54, 5ANo. 1 Columbia 51
A front-end miss of a 1-and-1 helped Collins Hill hold off Columbia in a great game. Top 10 matchups can’t really be considered too much of an upset especially with a higher classification beating a lower one, but still, when a No. 1 team gets beaten, it’s big news.

Hillgrove 66, 7ANo. 8 Brookwood 53
Hillgrove always has talent. They might not be what they once were, but they are still a tough team and let Brookwood know firsthand. Hillgrove’s only losses so far have come to Class 7A No. 1 Norcross and Class A-Private No. 2 Wesleyan. They have already beaten Class 3A No. 5 GAC and now Brookwood. They held Texas A&M-signee N’Dea Jones to 11 points and eight rebounds (she did have six blocks however). With a couple more strong performances, Hillgrove should crack the Top 10 and this one probably won’t end up being a bad loss for Brookwood.

5ANo. 2 Flowery Branch 55, 6ANo. 1 Winder-Barrow 46
This was a great game between evenly matched opponents. Flowery Branch got 12 points and four rebounds from North Georgia-signee Julianne Sutton as she battled the No. 1 ranked post player in the nation, Olivia Nelson-Ododa, who finished with a game-high 18 points. Versatile X-factor Taniyah Worth had 11 points, 10 rebounds and three assists while Lexie Sengkhammee scored 10 points and Caroline Wysocki pitched in eight points and six rebounds to take down the Bulldoggs. The two schools will meet twice more, on Nov. 29 at Flowery Branch and Jan. 3 at Winder-Barrow.

Rome 74, 3ANo. 4 Calhoun 65
Rome won 18 games last year but lost by 43 in the first round of state to eventual champion Southwest DeKalb. The battle tested 5A school rode post player Taya Gibson’s 31 points to edge past Calhoun using a 12-0 run in the fourth quarter to put it out of reach. Re’tavia Floyd netted 16 to flank Gibson. Calhoun received 25 from Ashlyn Barnes and 23 from Jana Johns in the loss. This one will sting right now, but Rome is a larger school with a good group coming back.

North Forsyth 45, 6ANo. 6 Northview 30
The Titans rose four spots in this week’s poll but quickly saw their Forsyth County nightmares reappear. North Forsyth has now won eight straight against Northview and managed to control the game and play the style they wanted as the Raiders negated the Titans’ size advantage. North Forsyth is 5-0 to begin the year and is on the verge of busting down the door to crack the Class 7A rankings. 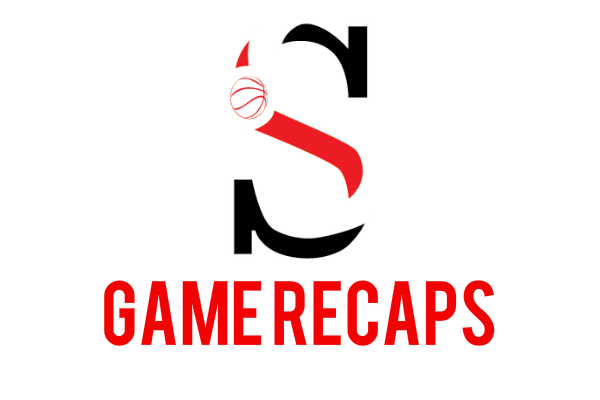 No. 5 Newton 83, 4ANo. 1 Henry County 67: Jacksonville signee JD Notae scored 17 points and Isaiah Miller and Darvin Jones both had 15 as the Rams overpowered Class AAAA No. 1 Henry County after leading 30-8 after the first quarter and 46-29 at the half. Damion Rosser (New Orleans) led Henry County with 16 points before rolling his ankle. George Mason signee Javon Greene had 13.

No. 9 Alpharetta 67, North Forsyth 47: Head Coach Jason Dasigner got his first win on the sidelines at Alpharetta. The Raiders led 41-19 at the half behind Brandon Barron’s 20 points. The sophomore finished with 23 on the night. David Swillum chipped in 8 points and 10 rebounds. Carlos Carriere, fresh off the football field, had 10 points and 5 rebounds.

Mountain View 52, Greenbrier 32: Kamryn Collins scored 16 points and Alea Spears had 12 in the Bears’ victory in the Wolfpack Tip-off Classic.

River Ridge 57, Pickens 43: Pickens dropped their first game of the young year to the Knights. In the loss Shelby Cook had 11 points and 6 rebounds. Mykenzie Weaver had 9 points and 3 steals.

No. 2 Johnson-Savannah 58, Richmond Hill 38: The Atomsmashers rolled behind Jacksonville signee Alexis Pierce who scored 30 points and collected 9 steals and 9 assists.

Woodstock 66, Northview 61: The Wolverines rallied from a 28-17 halftime deficit to storm past Northview. Woodstock took its first lead of the second half with 1:32 remaining on a Tyreke Johnson free throw. Johnson, playing with a strained groin, poured in 33 points (16-of-20 FT), 10 rebounds, 5 assists and 7 steals. Running mate Dylin Hardeman scored all 11 points in the second half. Brant Hurter added 8 points, 6 rebounds and 1 block while Cameron Crowe tallied 7 points, 7 rebounds and 2 steals. Northview received 28 points, 10 rebounds, 3 assists and 1 steal from junior point guard Justin Brown. Joe Jones added 10 points and 5 rebounds. Zane Patel notched 5 points, 13 rebounds and 3 blocks in the loss.

Roswell 55, South Forsyth 54: Senior RJ Frierson sank a game-winning free throw with :01 second left to propel the Hornets over the War Eagles on the road. Senior James Anderson scored nine of his 21 points in the fourth quarter. Sophomore Miles Herron netted 21 in the win as Roswell advances to 2-0.

Flowery Branch 66, East Jackson 33: Caleb Murphy did damage for the Falcons, tossing in a team-high 18 points to go with his 3 steals and 2 blocks. Brannon Clark scored 13 points and collected 4 steals while Blake Coxworth netted 12 points.

Johnson-Gainesville 61, Habersham Central 34: Will Richter got the Johnson Knights off to a good start this year scoring a team-high 16 points. Alex Sims did the dirty work and collected six points in the process.

No. 3 Upson-Lee 58, Heard County 44: Upson-Lee dominated, opening up a 28-2 first quarter lead before playing the bench for the majority of the game. Tye Fagan dropped in 19 points, 7 rebounds, 5 steals and 2 blocks in limited action.

(Scrimmage) No. 2 Westside-Macon 88, Locust Grove 36: New look Westside-Macon romped Locust Grove. Xavier signee Kentrevious Jones went for 25 points and 5 rebounds. Greg Holloway, a sleeper that will be highlighted on hypesouth.com, finished with 18 points and 7 rebounds. Trey Foster had 9 points and 4 assists. Khavon Moore played sparingly in the blow out.

No. 8 Lovett 51, North Atlanta 46 2OT: With eight players missing from the active roster due to the football state playoffs, the Lovett Lions still found a way to win and proved that free throw shooting wins games. Ryan Greer poured in 32 points and went 16-of-24 from the line while as a team the Lions shot 19-of-28. North Atlanta shot just 10-of-27 and had a chance to win in regulation, but sophomore Robert Ghirardini of Lovett buried a three at the buzzer to send it to an extra period. Ghirardini finished with 6 points while Ryan Pate scored 9. North Atlanta was led by Jadin Knight’s 13 points and Emmanuel Roberts’ 10.

Redan 67, Morrow 64: Electric guard play from Tyonn Stuckey and Jibril Wykcoff tenacity helped the Raiders to a nice out of region victory. Stuckey finished with 18 points, 9 assists and 5 steals. Wykcoff went off for 28 points, 9 rebounds and 3 steals.

No. 4 Monticello 69, Jones County 65: CJ Adams erupted for 29 points and 6 rebounds. Ashton Bonner went for 20 points and 5 rebounds as the Hurricane guards propelled Monticello to a win.

Mill Creek 43, 4ANo. 3 West Hall 35: Coming off of a disappointing 13-15 season, Mill Creek picked up its second big win of the season. In the loss Anna McKendree was held to 15 points and 5 rebounds. Macy Passmore pitched in 10 points and 4 rebounds.

Pickens 61, Forsyth Central 54: Mykenzie Weaver got the Dragonettes off to a season opening win, scoring 20 points.