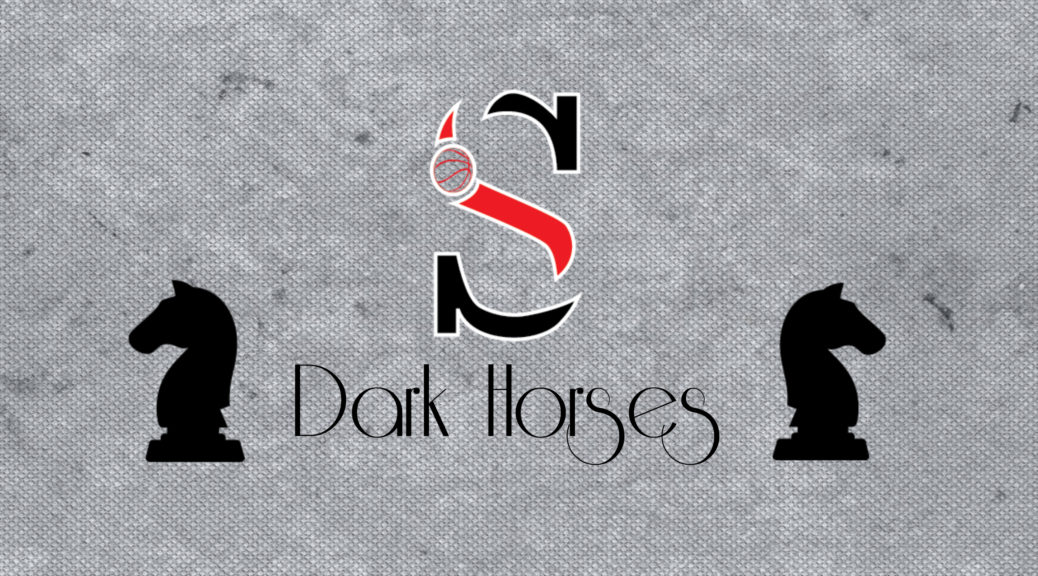 Ten Dark Horse teams that will be battling for statewide recognition and a playoff berth this season.

The Eagles finished 20-10 with a Sweet 16 appearance but struggled in Region 4, going just 4-6. Much of the continuity returns except at head coach where Jason Dasinger steps in to build on the quick momentum constructed by now Milton head coach Allen Whitehart. Dasinger racked up a 25-4 record at Alpharetta in his only year on the job and now turns to a new cast at Etowah to replicate his success. Tusculum-commit Adrian Cohen and junior Jaxon Etter power the Eagle offense. Cohen has size and versatility as a 6-foot-5 wing while Etter, a burgeoning college prospect, popped onto opposing teams’ radars last year as he surged his way into becoming a First Team All-Region 4 selection. The 6-foot-3 swingman is a crafty scorer and underrated athlete who can takeover games. Inside, Etowah is anchored by agile 6-foot-7 senior Julian Baldwin and 6-foot-5 dirty work rebounder Carter Ingersoll. Nick Nagy provides the outside shooting and rounds out the core of Etowah’s senior class. Playing to their potential and not down to competition will determine whether or not the Eagles can become a dangerous team come February.

All the ingredients for a winning recipe are in Coach Jesse Bonner’s kitchen this season. Following a 10-18 season out of Region 3 with a 64-51 road state playoff loss at Colquitt County, the Mustangs now have the experience and extra help ready to push them over the hump to fight for a top two seed. Senior guard Josh Strong really ignited his season after exploding at the Lake City Classic, averaging 22 points per game and dropping in 23 points in a win over state-ranked Riverwood. The Second Team All-Region pick has some homerun hitters to run with in 2017-18. Jalyn McCreary is now eligible after missing all of his sophomore season. The 6-foot-7 junior is a Preseason First Team All-State selection that can go toe-to-toe with any of Georgia’s premier stars. Junior Khalil Shaheed should bring a major boost to the backcourt come January, a transfer from Wheeler that likes to get out and run. Still in the mix are quality guards Jordan Barnes and Christian Ramsey along with forward Jalen Knight.

The Tigers sunk to 10-15 overall but finished a respectable 8-8 in the difficult Region 5. Douglas County has more than enough guard play to shake up the region and earn a state tournament berth but it won’t be easy. The tandem of junior Malik Battle and senior Rodney Lewis is a formidable one. Lewis at 5-foot-10 has a slight frame, but can drill threes when left open and also does a good job of getting his teammates involved, averaging a Tiger-best 3.8 helpers a game last year. 6-foot-3 senior Rickey Clark shot 44% from three while 6-foot-5 Ernest Randle brings a physical presence heading into his senior season.

Augusta-brand basketball hasn’t always translated well to the rest of the state in the bigger classifications lately, but in the weak Region 3, there’s no reason why Grovetown can’t grab a state playoff bid and improve from their 5-19 overall mark. The senior trio of Eric Graham II, Emmanuel Bryson III and Nick Tolbert bring experience to the backcourt. Graham is a steady producer that can shoot the ball and make the right decisions. Bryson relies on his defense to convert into offense. 2016 Class A-Private All-State Honorable Mention point guard Jelani Shakir moves in from Aquinas while 6-foot-8 project Jeremiah Smith is a load at 230 pounds that will help from Minnesota. The Warriors have more than enough talent to finish near the top of a region that saw only two teams finish above .500 and had all four teams swept in the first round of the state playoffs.

The Patriots earned a state playoff bid with an 11-18 record in Region 7 and have a chance to improve on that mark in 2017-18. Second Team All-Region selection Tyron Summerour paces the backcourt along with fellow seniors Vance Anderson and McEachern transfer KJ Shade. Junior Michael Seymour has seen success as a part of a growing stable of guards. The Patriots have some size as well with 6-foot-6 junior Josh Broughton returning and 6-foot-7 Elijah Brown-Kane transferring in from Minnesota for his senior season.  6-foot-3 sophomore Kevin Brown has impressed at forward this fall. Region 7 is up for grabs with Carrollton the slight favorite, but don’t be surprised if Paulding County crashes the party and posts their best win total in years.

It will be a climb to grab a top four seed in the competitively deep Region 4, but the Wolfpack have reason for optimism coming off their 10-13 (7-9) season with junior point guard Jalen Mason taking over the reins. The former Miller Grove Wolverine is an outstanding athlete that has already made an impact on the football field as a wide receiver, but his long-term potential is on the hardwood. The highlight maker will join forces with 6-foot-6, 266-pound offensive lineman Shakeel Shaw who takes up space in the lane.

Quietly, Dougherty was one of South Georgia’s better programs last season but due to multiple infractions under former head coach Ty Randolph’s watch, the Trojans had to forfeit their 2016-17 postseason eligibility. Legendary head coach Rufus McDuffie, a five-time state champion at Mitchell-Baker High School, stepped in and guided the Trojans to impressive wins over state playoff teams Westover, Lee County and Glynn Academy, along with beating all four state tournament teams from Region 1 at least once including region champ and Sweet 16 finalist Crisp County. Dougherty is anchored by Georgia’s biggest blow up prospect from the summer, 6-foot-11 senior Carlos Curry. The mobile center has received offers from Power 5 conferences and will get a chance to prove his worth his senior season. Curry is comfortable taking the outside shot and rebounds well. He will need to finish stronger around the basket. He will team up with 2019 6-foot-5 banger Justin Jackson, another tough player to keep off the glass. As seen at the high school level, you don’t win with big men, so Dougherty’s guards will have to play a major role for the Trojans to have more success. Sophomore Rod Jones and junior Jordan Green, a transfer from Albany, are expected to see major minutes.

Only two seniors graduate from a mildly disappointing 2016-17 team that never quite cemented itself as the second-best team in the region behind state runner-up Morgan County. The Hurricanes still earned a postseason victory over Sonoraville before meeting their demise against Westside-Macon. All-Region 8 performers 6-foot-7 Elijah Goodman, Devin Sheets and Isaiah Glasper are set to return with major experience now under their belt. Bolling DuBose will be roaming an unfamiliar sideline after coaching 41 years at Jefferson. A fast start will be imperative for Monroe Area after they stumbled out of the gates to an 0-5 start last year.

They aren’t in a friendly region, but Rabun County returns nearly everybody back from last season’s streaky three-point shooting team. All-Region pick Bailey Fisher is coming off of a 17.3-point-per-game campaign and will be joined by fellow senior Tevan Dixon, who tore his ACL after 11 games. Dixon averaged a team-high 21.7 points while adding 6.3 rebounds and 3.9 assists per game before going down. A healthy Dixon provides an aggressive scorer that isn’t afraid to shoot from all three levels. Junior guard Chase Buchanan is a three-point specialist that drained 40-of-95 threes (42%) while attempting just 13 shots inside the arc. Rising sophomore Braxton Hicks averaged 9.7 points per game while senior Grayson Lane was the Wildcats best post presence chipping in 8.4 points, 5 rebounds and 1.4 blocks a night. With Fisher and Hicks on the football field to open the season, Rabun County might take a while to hit their stride.

It’s time. It’s time for Northeast-Macon to come of age and battle for a playoff spot. Juniors Darius Dunn and Ty’ree Gilbert are both locks to pass the 1,000-point plateau this season. There’s no debating that the slight-of-build guards can fill it up offensively, but now it’s time to rack up the wins. Dunn, 6-foot-1, poured in 20.7 points per game and is coming off of a hot summer while Gilbert dropped in a cool 17.3 as a sophomore. The third-head of the attack is sophomore Cameron Cherry, a 6-foot-3 guard that has all the physical tools to be the best of the bunch when all is said and done, but he has to lock in and not rely on his potential to carry him. The big three will be relied upon to score early and often. With Dunn and Gilbert now upperclassmen, youth should no longer be an issue.