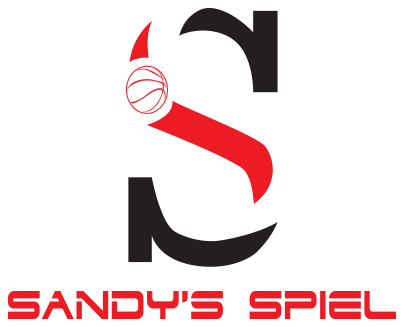 New region alignments go into effect next year, so what does that mean in the grand scheme of things for the 2016-17 basketball season? Transfers and coaching changes will rock the landscape in the upcoming months, but let’s try to take a look at how the new seven classifications will change the balance of power.

Class AAAAAAA features most of the big boys familiar with making deep state playoff runs as Class AAAAAA teams. Region 2 looks like it will be home to some of the powerhouses. Wheeler, Westlake and Pebblebrook along with Campbell line up in the six-team region. Westlake returns a bevy of talent with Chuma Okeke, Jamie Lewis, Danny Lewis and Michael Durr all slated to return. Pebblebrook will display Collin Sexton and JJ Smith in the backcourt while Wheeler boasts standout guard Darius Perry along with new faces sure to make an appearance.

Regions 7 and 8 have some scary teams as well. Norcross, Berkmar and Brookwood headline Region 7. The Blue Devils return Rayshaun Hammonds and Lance Thomas to one of the state’s most talented frontcourts while Kyle Sturdivant should see vast improvement his sophomore season. Berkmar will lean on its guard play with Al Durham, Zach Cooks and Jay Estime as Coach Greg Phillips’ catalysts. Brookwood loses do-everything guard Micah Kinsey, but a strong nucleus of leading scorer Bubba Parham, Trae Higginbotham and Amari Kelly should all be back after a 17-win campaign.

Newton will be the favorite to win Region 8 along with Shiloh while Coach Geoffrey Pierce looks to play spoiler again at Grayson with a Rams team that should never be counted out. If JD Notae, Ashton Hagans, Josh Tukes and Dre Butler remain intact, Coach Rick Rasmussen will have one of the toughest teams in the state. Life after Josh Okogie, Malik Chandler and Dejon Waters Jr. begins for Coach Kim Rivers, but the Generals still have Greg James and Thurman Massenburg expected to return, with a D-I commit from within the county transferring in.

A lot of new faces will meet up in Class AAAAAA. Perennial powers Jonesboro and Tucker square off in Region 4. MJ Walker Jr. headlines the region’s talent while physical guard Kenton Eskridge leads the Tigers.

Talented athletes load Region 5 with South Paulding, Douglas County, Mays and Langston Hughes pacing the nine-team region. Kane Williams and Ja’Cori Wilson return to form a formidable duo as seniors for Coach Gil Davis at South Paulding. Rory Welsh will try to avoid being bitten from the transfer bug this year and has a great senior backcourt of Khalil Cuffee and Derrick Cook calling the shots as two guys with D-I potential. Mays snuck its way into the Elite Eight last year at 13-14, but has bigger things in store with the development of Reo Wright and Horace Wyatt Jr.

In Region 8, Dacula and Gainesville meet. The graduation of Kevon Tucker and Derek St. Hilaire opens the door for Gary Bishop to be the lead dog his senior season. Gainesville loses a strong group led by D’Marcus Simonds, but Bailey Minor, KJ Buffen and Xavier Bledson form an experienced trio with firepower.

Class AAAAA sees Miller Grove paired with Southwest DeKalb, Lithonia and Columbia in Region 5. The latter three proud programs will be chasing the Wolverines who will be the favorites to hang another banner. Cedar Shoals and Buford should enter 2016-17 as the frontrunners in Region 8. Walnut Grove graduates a ton off its 24-win roster and will attempt to reload to keep stride with the Jaguars and Wolves.

Region 4-AAAA has some offensive firepower with Henry County, Eastside, North Clayton and Salem in the mix along with Woodward Academy. Javon Greene and Damion Rosser have juice in the backcourt for Henry County head coach Vincent Rosser. Isaiah Miller was one of the state’s most prolific scorers as a junior at Eastside, averaging 25.3 points to go along with his 6.6 rebounds, 3.5 assists and 4.3 steals per game. Coach Martisse Troup has a legitimate big man to feed the ball to inside with 6-8 Ahsan Asadullah. Woodward could surprise this year with three key juniors set to return.

St. Pius will need to get accustom to long road trips as they will play the likes of Madison County, Stephens County, Jefferson and the Oconee County schools in Region 8. Those programs haven’t seen the likes of a winner like St. Pius, but it won’t necessarily be a cakewalk for the Golden Lions after graduating Kerney Lane and Christian Merrill. NuNu Walker, Ty Nails and Deundra Singleton all return to Stephens County and could be a top contender to trouble the Lions after a 16-9 season.

Region 5-AAA is an interesting cluster. Cedar Grove, Pace Academy, Lovett, Westminster, Towers, Stone Mountain and Redan round out the potentially exciting region. Wendell Carter Jr. leads the defending state champion Knights, but Cedar Grove and Lovett will not back down while Stone Mountain and Redan always produce scrappy teams. Who is the elephant in the room in Region 7? That would be GAC who joins the likes of East Hall, Dawson County, Lumpkin County, North Hall and others.

Two explosive guards meet in Region 3-AA with Dublin and Kameron Pauldo welcoming Nick Hargrove Jr. and Southwest Macon to Class AA. South Atlanta drops to Region 6 and should be the favorite with Therrell as a potential spoiler with Anthony Edwards entering year two.

A hellacious test will be presented to Holy Innocents’ and Wesleyan as both teams drop to Region 5-A with defending state champion Greenforest looming along with De’Andre Ballard of Southwest Atlanta Christian. Public powers still lie in Region 7 with Wilkinson County, Hancock Central and Lincoln County as the heavy favorites to make deep playoff runs.