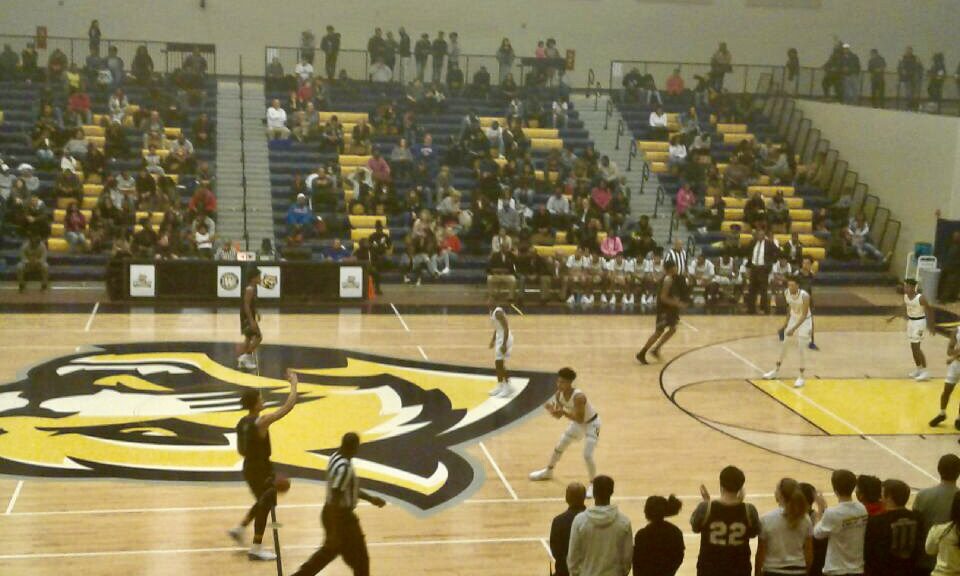 The contest started with high energy as the two teams went back and forth in the opening quarter while eight different players scored on the combined teams. Westlake led the first quarter 19-18, as Montgomery was held scoreless in the quarter for Wheeler. That didn’t stop the underrated Eastman from finding his other Wildcat teammates for easy baskets to keep the game close as Hunter had the early hot hand for Westlake with 11 points.

The second quarter had the feathery jumper of Martin on display as he splashed three-pointer after three-pointer for the No. 8 ranked team, according to the Sandy’s Spiel boys rankings. Martin’s scoring was matched by Hunter of Westlake, who attacked the Wildcats defense every chance he had while compiling 24 first half points. Despite the Hunter’s individual performance, Wheeler still managed to lead at the half, 42-39.

Westlake’s head coach, Darron Rogers, obviously didn’t appreciate his Lions’ efforts as he kept his squad in the locker room until under a minute before the second half began. As Westlake opened the third quarter on a Favors two-handed stuff, Wheeler head coach Larry Thompson had his team prepared for the potential adjustments, as he unleashed Montgomery for a monstrous second half.

The unsigned big man turned his knob up and gave Favors all he could stand in the paint, with six dunks in the half, one that showed his ability to handle the ball in the open court and finish. Wheeler’s “Lil’ General,” Eastman must have showed up to the game with a pocket full of change because it seemed like he was dropping dimes all over the gym, as he had a game-high 14 assists.

According to Coach Thompson, Wheeler knew that coming in, the Wildcats would have to contain Hunter. Thompson said, “we focused more on our transition defense in the second half, which was the game’s turning point.”

Wheeler  was able to tame Hunter and played with a better sense of urgency in the final two periods as they wore down the Lions en route to a 94-77 victory. Westlake was led by Hunter’s game-high 32 points, while Montgomery finished with 29 points, 11 rebounds and 4 blocks for the Wildcats. Wheeler’s Martin, added 19 points with five three-point baskets. Wheeler will travel to West Virginia and will play in the Cancer Research Classic this Saturday.