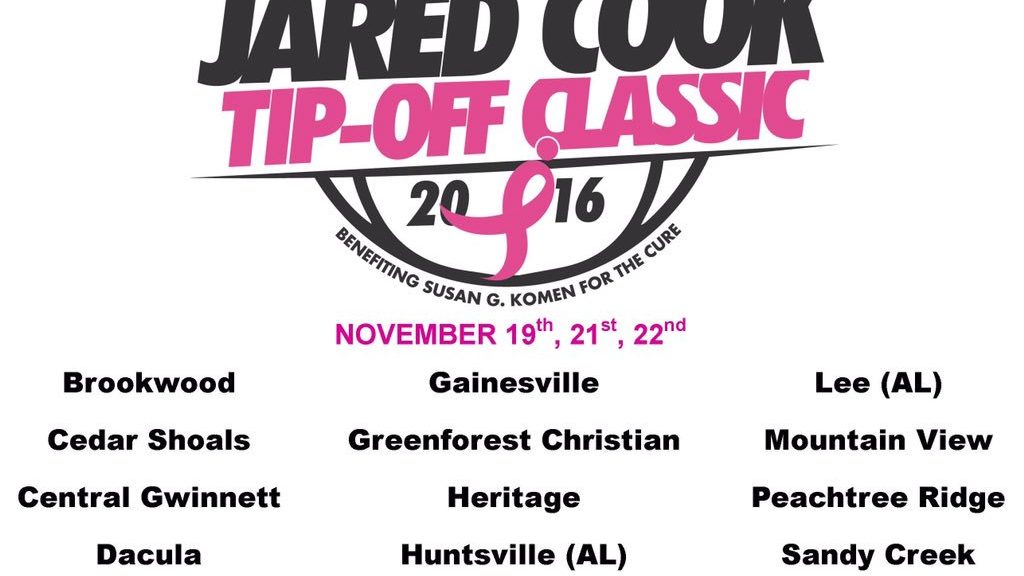 The 19-team field includes Class A-Private state champion Greenforest along with final rankings Top 10 finishers: No. 5 Shiloh, No. 3 Cedar Shoals, No. 8 Gainesville and No. 5 Sandy Creek in their respective classifications.

The games will be held on Nov. 19, 21 & 22 at North Gwinnett High School. There will be plenty of talent for those looking for some good GHSA action early in the season.

Over at Mountain View, a talented young group is ready to compete for a playoff spot in Class AAAAAAA. Sandy Creek has D-I talent in Evan Jester and Elias Harden and hopes rising sophomore TJ Bickerstaff can mold into a combination of the two by the time he graduates. Shiloh always has talent and is set to handover the reigns to transfer Brian Coffey Jr., a North Florida-commit.

Duluth and Dacula turn to young talent that is now experienced to ease the loss of key seniors. Andrew Melms and Austin Deckard will turn Lambert from a post-oriented team into a guard-led program. Brookwood tries to capitalize on a 17-win season and keep the program moving in the right direction with Bubba Parham and Trae Higginbotham set to return with Amari Kelly manning the interior.

Central Gwinnett made a surprise appearance into the postseason at 13-14 a year ago. The Black Knights will try to build on their success with Jalen Hillary and prove that it was no fluke while Tucker looks to find their identity in a completely new region with unfamiliar faces. Peachtree Ridge is on the hunt for a new go-to guy on offense after the graduation of a strong backcourt.

Etowah has new head coach Allen Whitehart in place. He will try to attract talent to Towne Lake and change the culture of Etowah hoops while shifting the balance of power to Cherokee County. Langston Hughes is ready for a postseason run with Khalil Cuffee, Derrick Cook and new arrival Landers Nolley II. Host North Gwinnett enters Year 2 under young head coach Matt Garner. The Bulldogs took their lumps at 6-20, but were a young team that will continue to grow with their head coach in the upcoming seasons.