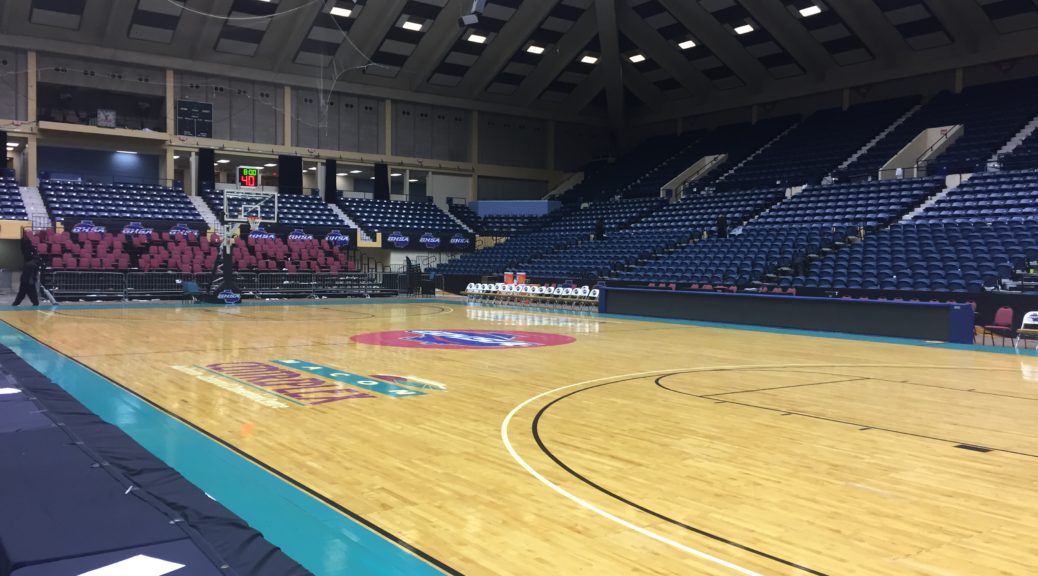 If you haven’t heard by now, the GHSA came to its senses and moved the state championships out of the black hole known as the Macon Centreplex. After calling for reformation from the disastrous weekend March 3-5, our collective prayers as fans, media, players and coaches were answered.

The University of Georgia’s Stegeman Coliseum and Georgia Tech’s McCamish Pavilion will split four days of action, providing more reasonable locations for the sport which has seen the vast majority of its championship matchups feature teams located in or near the Metro Atlanta area.

Of course with the move some areas will get the proverbial “short end of the stick”, especially South Georgia schools, most notably schools in the Savannah area that have enjoyed trips to the big game, along with Tift County, another South Georgia power that always finds itself in the mix.

Macon was the ideal location for the games, making the trip roughly two hours for both South Georgia and Metro teams, but the city failed to provide a playable facility. The extra hour-plus to either UGA or Georgia Tech might be a pain for schools down south, but at the end of the day it’s worth it, playing in a nice facility that can handle the event instead of playing in a dungeon.

Playing in Atlanta also provides the allure of playing in the state’s capital city which should help increase attendance. The Centreplex was half full for the state’s highest classification championship which featured Westlake and Pebblebrook, two teams loaded with Division-I talent. While the move up north strains fan bases such as Wilkinson County, it should also pay dividends to the majority of teams that make the championship that have fan bases within the area.

If there is one thing we can agree on, the GHSA finally got something right. They listened to unapproving fans, players and coaches; the exact people who give the GHSA a job. Without the student-athletes, there would be nothing for the GHSA to govern.

This long drawn nightmare has finally come to an end and basketball can begin its healing process and start being treated fairly in the state of Georgia.