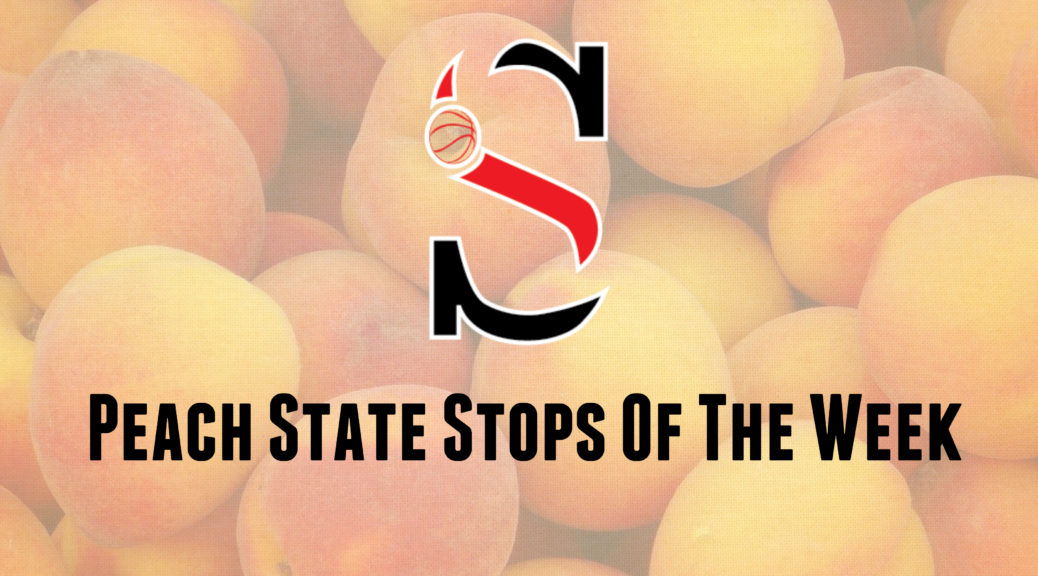 No. 5 Bradwell Institute at No. 4 Brunswick

If you want to take a trip to go see the Savannah River this Friday, you might as well stop by to catch two of the coast’s best basketball teams they have to offer at 8:30. The Tigers (6-1) are somewhat of an upstart, going 11-12 last year, but were a Preseason Top 10 team and haven’t disappointed yet thanks to the arrival of Preseason All-State First Teamer Khalyn Weekley and Isaiah Scott. Weekley is averaging over 20 points per game as a physical and explosive 6-foot-3 point guard while Scott provides a wiry 6-foot-4 frame on the wing that possesses a soft touch. Add Ronald Canty Jr. and Javonte LeCounte and you have a potent offense. The Tigers face a major test in defending Class AAAAAA state runner-up, Brunswick (5-0). The Pirates have handled their business behind a quick, yet undersized backcourt. 5-foot-8 senior Marcus Scott leads the team in scoring while 5-foot-10 Daquan Humphreys and 6-foot Jaylen Jackson are also experienced seniors. Tarique Gray and Shaky Baggs are two versatile pieces at Coach Chris Turner’s disposal.

No. 5 Southwest DeKalb at No. 3 Miller Grove

Region 5-AAAAA is always a dogfight with DeKalb County powers going toe-to-toe nightly. The young Panthers (5-2) will try to pick up a statement win over the Wolverines (4-2), who have seen their dominance and their talent gap shrink over the past two years, but still remain the team to beat. Sophomore point guard KD Johnson has proven to be the real deal and merits his Preseason All-State honors. The fearless competitor is averaging 18.9 points, 4 rebounds, 3.4 assists and 3.6 steals per game. James Glisson III continues to round into a strong post presence, the 6-foot-6 junior averaging 13.3 points, 8.4 rebounds and 1.9 blocks while lanky 6-foot-4 wing Eugene Brown III is chipping in 11.1 points and 7 rebounds. The trio will have to compete with TJ Stargell, Maurice Harvey and Lorenzo Anderson who pace the Wolverine offense from the backcourt. Stargell plays floor general while getting Anderson and Harvey in scoring position. Jermon Clark and Kevin Paige are two space eaters that rebound and block shots inside.

No. 7 Cedar Shoals at Clarke Central

The shoe is on the other foot for the first time in a long time for these two Athens rivals. Though they are currently ranked in the Top 10, No. 7 Cedar Shoals (2-4) is reeling after three straight losses against elite competition including a 74-48 defeat against Region 8 foe No. 2 Buford this Tuesday. Clarke Central (5-0) hasn’t played nearly as difficult of a schedule but have the momentum heading into Saturday’s showdown. The Gladiators have often been the underdog but even so, they’ve always found a way to play the Jaguars tight, losing 73-70 and 67-57 last season. The core of Dwon Smith, Quamontae Monfort, Mijah Campbell and Jaiquez Smith have helped the Gladiators to their best start since 2013-14’s 26-2 team. Trey Johnson and Martavius Darden give Andre McIntyre a bevy of scoring options. Cedar Shoals will turn to sophomores Quincy Canty and Tyler Johnson to provide an inside-outside punch. Jai’Vanni McDavid and Keivaziay Ball are scrappy senior guards that have been through countless wars under Coach L’Dreco Thomas. Keep an eye on sophomore Demetrius Glenn, a sharpshooter that transferred from Clarke Central to Cedar Shoals this offseason.