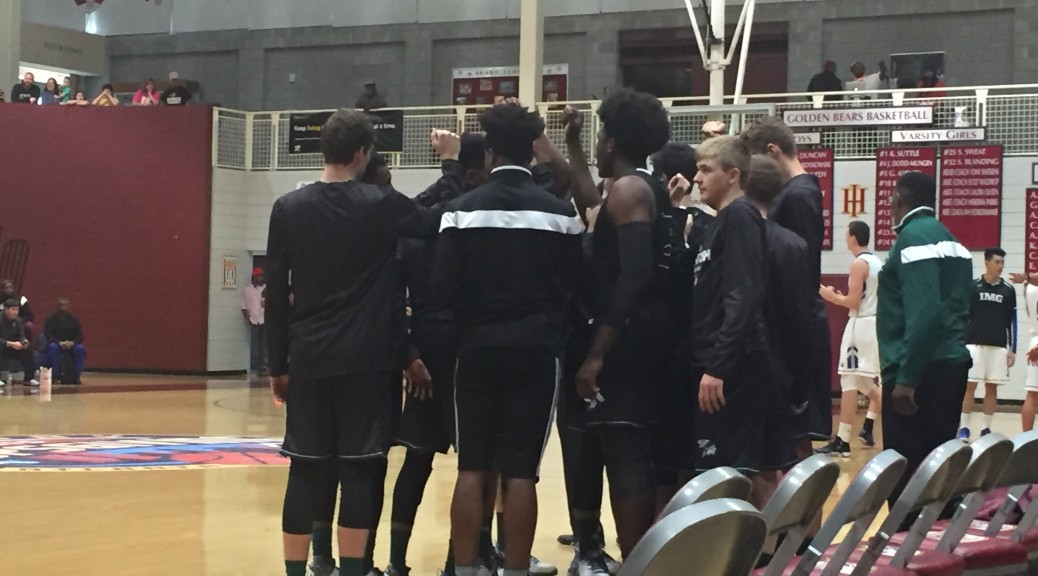 A game marred with questionable calls was eventually won by the play on the court. The fourth quarter belonged to Will Washington as the Chiefs rebounded from last night’s heartbreaking loss to down the internationally flavored Ascenders.

IMG Academy led 11-9 after one and rode star sophomore Emmitt Williams all game long. The big time athlete scored a game-high 24 points and pulled down 16 rebounds to keep the Ascenders in the game. He and guard Arseniy Andreev, who finished with 13 points, did most of the damage.

The game was close throughout, but early in the third the momentum could have potentially swung all the way into IMG’s corner when Washington, for the second night in a row, ran into foul trouble as he picked up his third foul on a charge at the 7:17 mark of the third quarter. Just over two minutes later, he picked up his fourth foul on one of many controversial calls made by the officiating crew. On an inbounds, he and Andreev were jostling for position, not uncommon for guards, but for some reason the referee blew the whistle for a double foul and in the process saddled Washington with another foul causing him to sit at the 4:58 mark of the third and McIntosh up 33-32.

The Chiefs entered the fourth up 40-36 after Dishon Lowery cleaned up a miss and scored inside. The Wofford signee finished with five points and battled Williams inside all night and pulled down 15 rebounds of his own.

Minutes into the fourth with 5:08 left, Brendon Rowan took a big charge and Washington re-entered with the Chiefs trailing 43-42. From that point on, it was all Washington. He scored 16 of his team-high 18 points in the final quarter, going 12-of-16 from the line. With both teams in the bonus from the 4:55 mark on, Washington knew what to do. He went on a personal 9-0 run to extend the lead to 51-43 before Williams hit a free throw to break the drought.

With 1:59 remaining in regulation, the Ascenders cut the lead to 53-49. Furman signee Jordan Lyons hit Cole Guenther inside who finished a huge layup inside over Williams to put the game out of reach.

My Take: Jordan Lyons got cooking in the second quarter and hit three three-pointers and played an all-around strong floor game. Will Washington’s performance proves just how valuable he is to Coach Jason Eisele’s team. He is always in control of the ball and rarely makes mistakes. When he turned it on in the fourth quarter, IMG had no answer. From my two games watching the Chiefs, it just solidifies my opinion of them being a major threat to challenge Miller Grove for the title. If they can establish their low post presences in Chase Walter and Dishon Lowery, they will be tough to beat.  Lowery gobbles up rebounds at a major rate and finished with 15 more after a 20-board night on Friday. Ulysses Brown only scored three points, but he did an outstanding job while Washington was on the bench. He played good defense and didn’t force anything on offense while keeping his head when the Ascenders tried to get physical. He, Brendon Rowan and Cole Guenther are nice role players off the bench that help the flow of the offense and defense stay intact while the starters sit. Emmitt Williams of IMG is still just a sophomore and that is scary. He’s an exceptional athlete who can hang and glide to the basket. He doesn’t have too much help around him, but that will just help him gain experience as being “the man” while he moves on to the college ranks.